Louisiana Flood Victims: Why Is Obama Ignoring Us?

Todd Starnes
|
Posted: Aug 19, 2016 2:09 PM
Share   Tweet
The opinions expressed by columnists are their own and do not necessarily represent the views of Townhall.com. 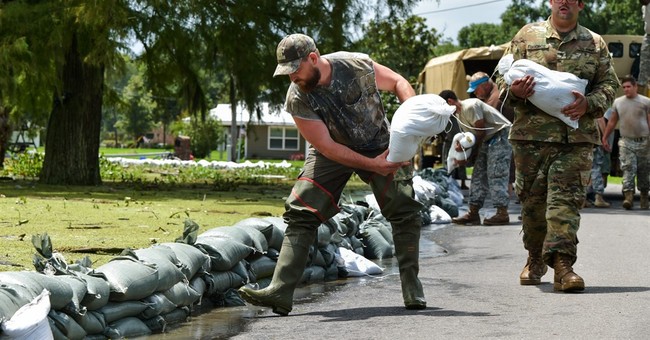 In 2005 President Bush was rebuked by Democrats for his handling of Hurricane Katrina.

President Obama scored some cheap political points -- blasting President Bush for his flyover of the devastation in New Orleans.
Well, at least President Bush paid a visit.
That's a lot more than what President Obama has done for the people of Baton Rouge and other parts of southeastern Louisiana.
Some 40,000 homes are under water - a countless number left homeless - many without flood insurance.
And even though the waters have begun to recede, President Obama has not set foot in the Bayou State.
READ THE FULL STORY AT TODDSTARNES.COM!