How Does Burning Down a Gas Station Advance Your Cause?

Todd Starnes
|
Posted: Aug 15, 2016 5:23 PM
Share   Tweet
The opinions expressed by columnists are their own and do not necessarily represent the views of Townhall.com. 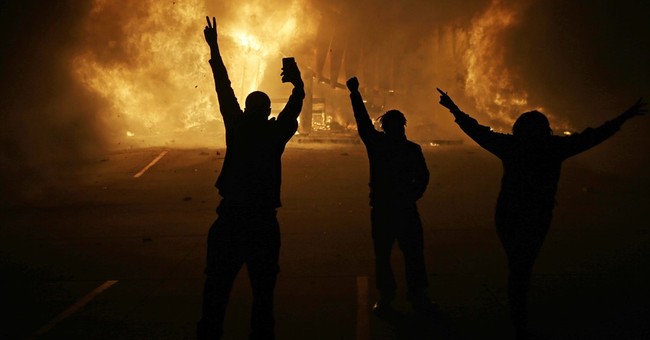 It was a weekend of violent unrest in Milwaukee, Wisconsin. A rampaging mob burned businesses and battled with police.

The rioting started after a black police officer shot and killed a black suspect. The convicted felon had a gun - and when he refused to drop his weapon the officer opened fire.

The mob took to the streets - causing all sorts of mayhem. A number of buildings were set ablaze - including a gas station.

Five police officers were hurt - one hit by a brick.