Todd Starnes
|
Posted: May 03, 2016 2:58 PM
Share   Tweet
The opinions expressed by columnists are their own and do not necessarily represent the views of Townhall.com. 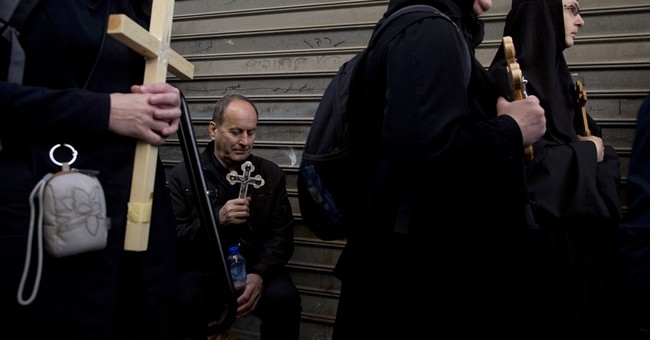 Should Christians who oppose same-sex marriage based on religious beliefs be allowed to obtain degrees in counseling?

That’s the question at the heart of a lawsuit filed in federal court by a former student at Missouri State University who claims he was kicked out of a master’s program in counseling  because of his religious beliefs.

Andrew Cash claims he was “targeted and punished for expressing his Christian worldview regarding a hypothetical situation concerning whether he would provide counseling to a gay/homosexual couple.”

MSU spokeswoman Suzanne Shaw told the News-Leader that the “university strictly prohibits discrimination on the basis of religion or any other protected class.” She would not comment on specifics of the case.

According to the lawsuit, Dr. Kristi Perryman, the counseling department’s internship coordinator, confronted Cash about his views toward counseling gay people.