Todd Starnes
|
Posted: Apr 11, 2016 3:17 PM
Share   Tweet
The opinions expressed by columnists are their own and do not necessarily represent the views of Townhall.com. 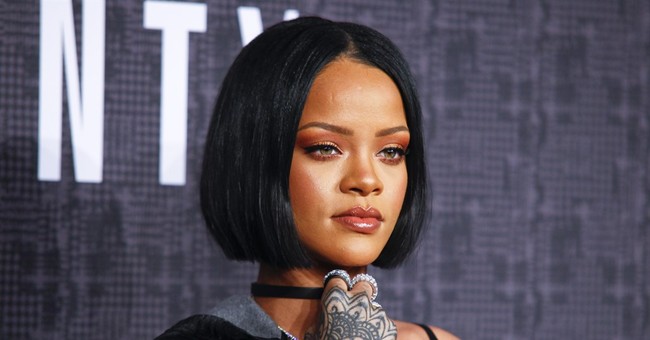 You can’t be singing Rihanna’s “Umbrella” if you happen to be a white fella – fella.

That’s what kids learned during a lesson on “privilege” and “microaggressions” in a human relations theory class at the University of Oklahoma.

Ah, yes. There’s nothing quite like a bit of white-shaming courtesy of the American taxpayers.

“I was told as a white woman it’s insulting and a microaggression for me to cover or sing a Rihanna song because I’m not from Barbados,” a student who was in the class told me. “I was literally told to go sing the Star-Spangled Banner.”

The student, who asked not to be identified, sent me copies of both assignments – including a 100-item checklist to determine how much “privilege” you have.

For example, you’ve got privilege if “a stranger has never asked to touch my hair, or asked if it is real.”