Todd Starnes
|
Posted: Mar 16, 2016 5:47 PM
Share   Tweet
The opinions expressed by columnists are their own and do not necessarily represent the views of Townhall.com. 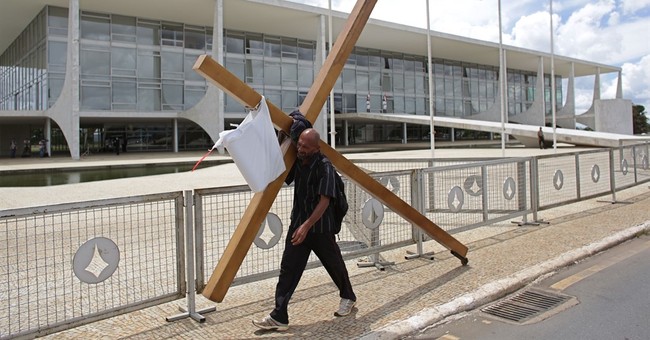 Lifelong atheist Patrick Greene has a huge problem with a giant cross under construction alongside Interstate 37 in Corpus Christi, Texas – a city whose name literally means “Body of Christ.”

The 230-foot tall cross is being erected on property owned by Abundant Life Fellowship – paid for by donations.

Pastor Rick Milby said it will be the largest cross in the western hemisphere. So tall, in fact, that the church was required to install a lighted beacon on the top.

Mr. Greene said the cross is a safety hazard and said it should not be seen from the highway.

“I don’t think it should be within eyesight because it jeopardizes people’s safety on the road,” he said.

So the San Antonio atheist filed a lawsuit.