EXCLUSIVE: Kentucky Clerk: I Am Prepared to Go to Jail 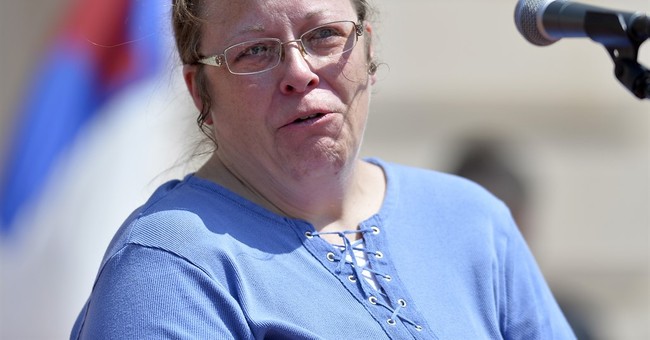 Kim Davis could become the first Christian in America jailed as a result of the Supreme Court decision legalizing gay marriage.

“I’ve weighed the cost and I’m prepared to go to jail, I sure am,” Mrs. Davis told me in an exclusive interview. “This has never been a gay or lesbian issue for me. This is about upholding the word of God.”

“This is a heaven or hell issue for me and for every other Christian that believes,” she said. “This is a fight worth fighting.”

Davis is the clerk of Rowan County, Ky. – a small patch of earth in the northeastern part of the state. She was elected last November – taking the place of her mother, who held the position for nearly 40 years.

It’s fair to say that issuing marriage licenses was something of a family business – until the day the Supreme Court legalized gay marriage.

Davis is a devout Apostolic Christian, and she knew that should gay marriage become legal, she could not and would not sign her name on a same-sex marriage certificate.