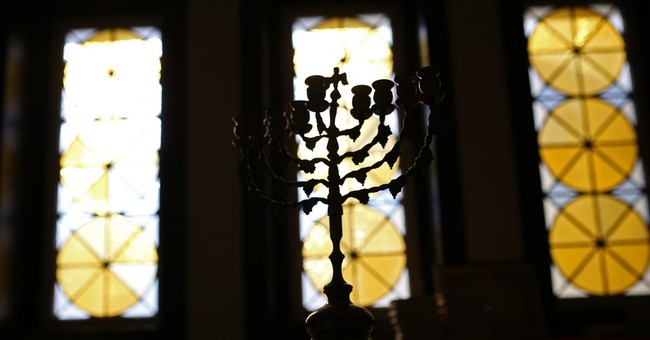 The Federal Bureau of Investigation says they have identified at least one person they believe is responsible for terrorizing a predominantly Jewish neighborhood in San Antonio.

Dozens of homes and cars were vandalized August 12 with anti-Semitic graffiti and rocks. Swastikas were spray-painted on Jewish memorials, the letters “KKK” and other racially charged language. The word “Jew” was plastered across an SUV.

The attack has been classified as a hate crime but so far no formal charges have been filed, police said.

“This is not just graffiti, this is an orchestrated effort to try to intimidate an entire community of people based on their religious beliefs and we cannot stand for it,” State Sen. Jose Menedez said in a prepared statement to MySanAntonio.com.

The attack targeted members of Congregation Rodfei Sholom, an Orthodox synagogue with serves some 300 families. Rabbi Arieh Scheinberg tells me that many of the families live nearby so they can walk to synagogue on the Sabbath.

“We are very openly Jewish in that community,” he said – stunned that someone would desecrate a Jewish neighborhood. “We’ve never had any problems in the past.”

The attack prompted swift action from two of the nation’s most prominent supporters of Israel – Christians United for Israel and John Hagee -- the pastor of San Antonio’s Cornerstone Church.

The attack infuriated the mega-church pastor and he called on the anti-Semites to turn themselves in – “Because we are going to find you.”