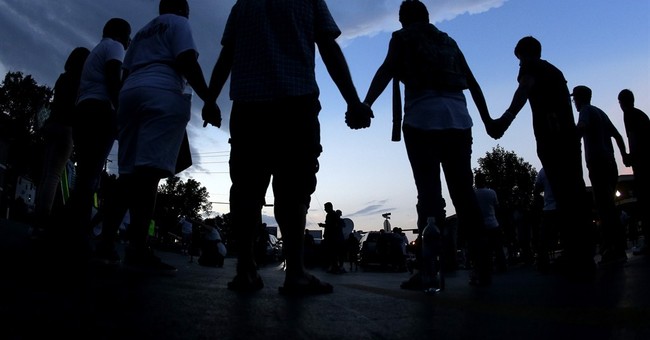 Christian students at a Colorado public high school were told they could no longer meet to pray, sing religious songs or discuss religious topics during free time – because such activity violated the U.S. Constitution, a lawsuit filed in federal court alleges.

Chase Windebank is a senior at Pine Creek High School in Colorado Springs. Three years ago he started meeting together informally with his classmates for prayer and religious fellowship. The young people would meet in an unoccupied choir room to sing songs like “Amazing Grace” and discuss the issues of the day from a religious perspective.

But all that changed on Sept. 29th when Chase was summoned to the office of Assistant Principal James Lucas.

“He was told that he could no longer pray with his fellow students during free time because of the separation of church and state,” said Jeremy Tedesco, an attorney representing the teenager.

Tedesco is with Alliance Defending Freedom, a law firm that specializes in handling religious liberty cases.

To make sure Chase got the message – he was hauled into Principal Kolette Back’s office the following day where it was “reaffirmed that his religious speech could not take place during the open time” known as a “Seminar” period.

The lawsuit states: “Defendants Back and Lucas stated that because of the separation of church and state and because they regarded the Seminar period as instructional time, they were banning students’ discussion of issues of the day from a religious perspective during the open time of Seminar period.”

Pine Creek is a part of Academy School District No. 20. A spokesperson for the district confirmed that the group was told to disband in accordance with state law.

“Students were told that, according to state law and district policy, they could meet during non-instructional time,” the spokesperson told me in a written statement. “That is before or after school.”

The school district’s paltry explanation doesn’t make much sense. So I sent the spokesperson a list of follow up questions:

- Why were the students allowed to hold religious gatherings for the past three years if it was against the rules?

- Or was it possible the district had simply ignored their own policy and allowed the kids to meet anyway?

- Why the sudden crackdown on the religious gathering? Did someone complain?

I’ll let you know when the district spokesperson gets back to me with the answers. So far, it’s been radio silence.

“Public schools should encourage the free exchange of ideas,” Tedesco said. “Instead, this school implemented an ill-conceived ban that singles out religious speech for censorship during free time.”

And that seems to be the case at Pine Creek High School – and here’s the proof – Chase and his Christian friends are still allowed to meet – provided they don’t talk about anything religious or pray.

The school district’s attorney has also weighed in on the matter – defending the school’s decision to crack down on religious speech and denying they’ve violated Chase’s constitutional rights.

Their argument hinges on a rule that non-curriculum related groups may only meet during non-instructional time. And since Jesus is not a part of the curriculum at Pine Creek High School – His followers must do their worshipping after hours.

“No non-curricular clubs are permitted to meet during that time period at Pine Creek High School,” attorney Patricia Richardson wrote in a letter to Tedesco. “Therefore, Mr. Windebank may resume his prayer meetings at Pine Creek High School, but he must do so during non-instructional time, that is before 7:45 a.m. when classes begin, and after 2:45 p.m., when classes end for the day.”

If that’s the rule, why are they allowing Chase and his friends to meet during free time – provided they don’t mention the name of Jesus?

I’ll let you know when the district gets around to answering that question.

Chase and his fellow Christians are still meeting but their numbers have dwindled in the wake of the ban – in part because they’ve agreed to abide by the school’s demands.

Public school administrators and their lawyers have succeeded in suppressing and oppressing the Christian voice at Pine Creek High School.

How the Highland Park Shooter Reportedly Obtained His Guns Is Beyond Ridiculous
Townhall
Rep. Lauren Boebert informs Rep. Eric Swalwell that no, he can't date her
Twitchy
Heartbreak at MSNBC as Joy Reid's 'ReidOut' Crashes and Burns in Ratings Wars
Redstate
What's Going On with the Highland Park Killer's Parents?
PJ Media