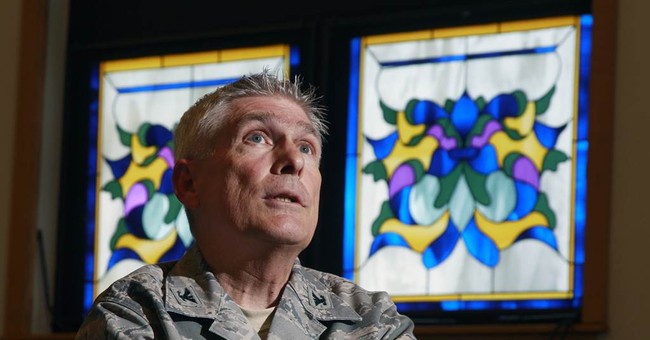 Two Baptist chaplains said they were forced out of a Veterans Affairs chaplain training program after they refused orders to stop quoting the Bible and to stop praying in the name of Jesus.

When the men objected to those demands they were subjected to ridicule and harassment that led to one of the chaplains leaving the program and the other being ejected, according to a federal lawsuit filed Friday.

“Not only was the treatment these men received inappropriate, it was also a violation of federal law and the religious freedom guarantees of the First Amendment,” said John Wells, an attorney representing the Colorado-based denomination.

“No American choosing to serve in the armed forces should be openly ridiculed for his Christian faith,” he said, calling it one of the most blatant cases of religious discrimination he’s ever seen.

The one-year training program is required for anyone wanting to work as a chaplain in a VA hospital. VA chaplains differ from other military chaplains in that they are limited to working in VA hospitals.

The program, that has affiliates around the nation, is open to chaplains of all religious faiths. However, applicants must have completed master-level seminary work.

There were seven chaplains enrolled in the San Diego program led by Nancy Dietsch, a Department of Veterans Affairs employee with a history of antagonistic behavior towards evangelicals, Wells said.

“She’s been very, very critical of Christians,” Wells told me in a telephone interview. “Instead of teaching anything dealing with faith issues, she’s dealing with a holistic, humanistic approach. It’s the idea that the spirit comes from within.”

The VA did not return my telephone calls, but they did release a statement to NBC San Diego. The VA said the two men were “bullying other classmates and refusing to honor other faith groups.”

Wells said the chaplains were subjected to anti-Christian bigotry.

“And that would be putting it mildly,” he said. “A lot of these so-called liberals are very liberal with their own ideas, but when it comes to somebody else’s ideas, they don’t want to hear it.

Among the allegations listed in the lawsuit:

1. Dietsch told the chaplains that it was the policy of the VA in general and her in particular that chaplains should not pray in the name of Jesus.

2. During a classroom discussion on faith, Firtko said “faith is the substance of things hoped for, the evidence of things not seen.” Dietsch told the chaplain he was not allowed to quote from the Bible in her classroom.

3. In October 2012, Dietsch told the class she believes God could be either man or woman. When Firtko referred to “The Lord’s Prayer,” she “angrily pounded her fist on the table and shouted, ‘Do not quote Scripture in this class.’”

4. In the aftermath of the Sandy Hook school shooting, Klender mentioned during a group discussion on counseling that he would tell a parent that “there is evil in the world.” Dietsch retorted, “You don’t actually believe that do you?”

5. In January 2013, she told the chaplains “there is no room in the program for those who believe they are right and everybody else is wrong.”

6. Later that month she told students that there are many ways to heaven and that one religion cannot be right, while others are wrong. Firtko objected to that statement by quoting Jesus who said “I am the way, the truth and the life. No one comes to the Father but through me.” Dietsch told him to stop quote from the Bible and then stated, “If you believe your beliefs are right, and everyone else’s is wrong, you do not belong in this program.”

In July, the pair filed a formal complaint against Dietsch for religious discrimination and violating the Association of Pastoral Continuing Education Standards.

Attorney Wells said it appears the government is trying to establish “a secular humanist-based religion free from any influence of Christian dogma.”

“The most egregious part is the VA supervisor told two chaplains that they were not allowed to pray in the name of Jesus and they could not quote Scripture,” he said.

Wells feared that unless changes are made, Christian chaplains are going to be discouraged from serving in the military.

“Christian chaplains are under a lot of pressure right now and facing a lot of challenges,” he said.