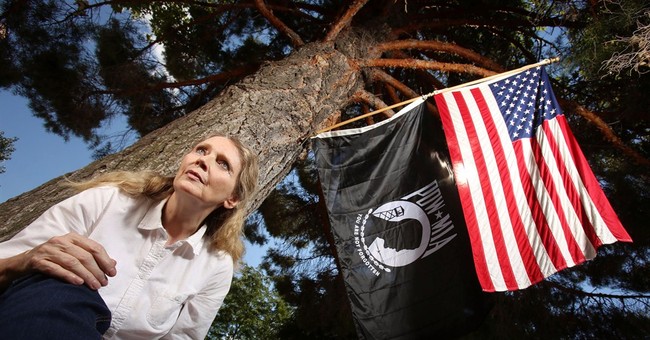 Elderly veterans will not be allowed to pay their respects at the World War II Memorial’s outdoor plaza in as a result of the government shutdown, angering a Mississippi congressman who is calling on President Obama to accommodate the aging warriors.

“I’m angry and I’m heartbroken,” Rep. Steven Palazzo told me. “This is how we are going to treat them? I think it’s a low-down move.”

The National Park Service confirmed that the World War II Memorial on the Washington Mall is expected to be barricaded by daybreak. An area for passenger buses will be blocked off, restrooms will be closed and the water will be turned off.

Spokesperson Carol Johnson tells me park police will be on duty to make sure no one enters the outdoor plaza.

“These are national security icons,” she said. “They will be on duty to protect the monuments and the memorials.”

Palazzo said 91 Mississippi World War II veterans are expected to arrive in Washington, D.C. Tuesday as part of an Honor Flight. Many of the veterans are in their eighties and nineties.

“I don’t know if this is a political move or it’s bureaucratic oversight,” he said. “This may be the only opportunity for some of these veterans to see the memorial in their lifetime.”

So the congressman fired off a letter to President Obama urging him to instruct the National Park Service not to deny veterans access the monuments.

“It would truly be devastating to our veterans that travel great lengths to share this experience with family and friends and see a piece of their own history,” he wrote.

He said granting the elderly men access “is the very least we can do for our Greatest Generation who sacrificed so much on behalf of our country.”

Palazzo said it seems as though the National Park Service is wasting a lot of time blocking off the open-air plaza.

“It doesn’t make a lot of sense because this is an open-air memorial,” he said. “Allow them to walk through there and lay flowers and pay respect to their fallen brothers. We owe everything to them.”

The congressman said the plan was to walk the veterans through the memorial so they could lay a wreath at the Mississippi memorial. At least ten other states are expected to bring veterans to the nation’s capitol this week.

Former Alaska Gov. Sarah Palin is among those upset.

“This is unbelievable,” she told me. “Where is the president’s respect for our fallen, for America’s finest?”

She said federal funding priorities are “all out of whack.”

“A couple rounds of taxpayer-funded golf outings with the entourage are probably equivalent to a day of access to the Memorial,” she said, pointing out President Obama’s weekend golfing expeditions to Andrews Air Force Base.

Johnson said the National Park Service has deep sympathy for the plight of the elderly veterans.

“This is out of our control,” she said. “We are being instructed to close.”