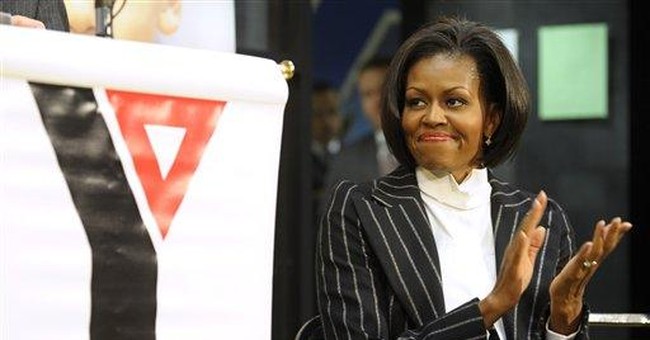 A group of pro-life students from around the nation was banned from an Austin, Tex. YMCA after pro-choice activists complained about an agreement allowing the students to use the YMCA’s shower facilities.

Students for Life of America had made arrangements with the Town Lake Branch of the Austin YMCA to use their shower facilities during a week-long pro-life protest at the Texas state capitol, spokesperson Alexa Coombs said.

About 56 members of the group are staying in local churches without showers. The Washington, D.C.-based pro-life organization had received permission to use the YMCA’s facilities between 9 p.m. and 10 p.m. each night.

“We had an agreement and that was the arrangement for the whole week,” Coombs told Fox News.

The YMCA did not return multiple calls and emails. A staff member at the Town Lake Branch told Fox News they were aware of the incident. The staffer said the YMCA strives to be politically neutral. He did not explain why the YMCA revoked their agreement with the pro-life organization.

On Monday, the group arrived at the YMCA at the appointed time wearing matching blue pro-life shirts. And that’s apparently what sparked the trouble, Coombs said.

“There were some pro-abortion people working out in the gym and they saw our blue shirts and complained,” Coombs said. “The staff told us they felt bullied and threatened by the pro-abortion customers.”

The next day, the group was told they would no longer be allowed to use the YMCA’s facilities.

“He was very nice and respectful but he said they had some push back from people who are pro-abortion,” she said. “They staff felt threatened so they were not going to allow us to come back to use their showers.”

That prompted a scramble to find an alternative way to accommodate 56 college students in need of a shower.

“Some supporters offered their homes but with 56 people that’s a little difficult to do,” she said.

Eventually, a Catholic high school about 30 minutes outside Austin offered their facilities – at midnight.

“We took the bus up there and everybody came home around 1 a.m. – finally showered,” she said.

Coombs said she was extremely disappointed in the YMCA’s decision to ban their group.

“We were shocked,” she said. “The YMCA is known for helping young people. They’ve always had an open door policy to everyone. We felt discriminated against because of our pro-life beliefs.”

Coombs said she’s not surprised that the YMCA staff felt bullied by the pro-choice activists.

“This is how the pro-abortion people operate every day,” she said. “When you have people chanting ‘Hail Satan,” swearing at people, yelling at kids – it’s going to have an effect outside the capitol.”

Brendan O’Morchoe, director of field operations for SFLA, said they weren’t the only ones bullied by the pro-choice activists.

“Unfortunately, the anger and rage from the pro-abortion protestors has created a toxic environment even outside the capitol building,” he said. “It’s really a shame that the YMCA was bullied by these people.”