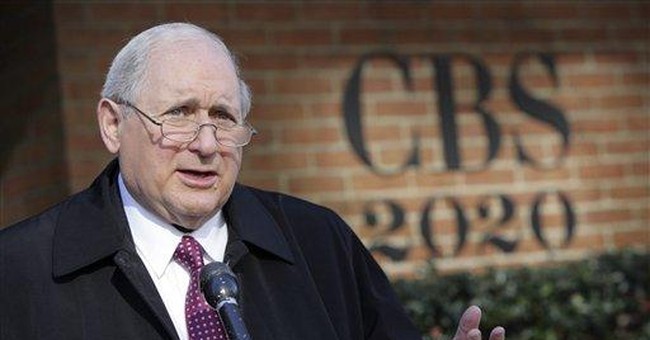 “We want to apologize to veterans – particularly those who served in Vietnam – as well as to their families and any viewers who were offended by the broadcast,” said host Phil Keoghan in a statement at the beginning of Sunday’s night’s episode. “All of us here have the most profound respect for the men and women who fight for our country.”

James Koutz, the national commander of the American Legion, sent a scathing letter to CBS, calling the episode a “disgraceful slap-in-the-face administered to American war heroes.”

“The show is called ‘The Amazing Race,’ but I call it ‘The Amazing Gall,’” Koutz said — noting that the show was reminiscent of a Tokyo Rose broadcast.

The episode featured contestants of the reality game show visiting a ‘B-52 Memorial’ in Hanoi, Vietnam – which in reality was the wreckage of an American B-52 bomber shot down during the war.

“What wasn’t shown were the U.S. crew members that were killed or the grieving American families that were left behind,” Koutz said.

Fox News’ co-host of “The Five” Bob Beckel was among the first to call for CBS to apologize.

“There are 850,00 American Vietnam veterans alive today, and you owe them an amazing, big apology,” Beckel said.

Among the lyrics that were broadcast were: “Vietnam Communist Party is glorious…Socialism is growing more beautiful with time. Follow the party’s step. Be loyal. Be pure…”

Ken Danilson, a Legionnaire from Iowa, said he was especially offended by the song.

“As a Marine Corps veteran having served two tours in Vietnam, it is extremely offensive to me and to our country to glorify a communist regime that without mercy killed and tortured our Vietnam allies and now is portrayed as something that is acceptable in our society,” Danilson said in a statement provided by the American Legion.

John Hamilton, the commander-in-chief of the Veterans of Foreign Wars, called the song propaganda — “which speaks volumes about naive producers.”

“CBS reopened an old wound by failing to educate a viewership about a time in American history that continues to be misunderstood, misrepresented and stereotyped,” Hamilton said. “The Vietnam Generation and our nation deserve and expect much better from your network.”

Koutz said he wished the network “that once gave us Kate Smith – famous for her rendition of ‘God Bless America’ – would return to its great roots and not be so eager to broadcast anti-American propaganda.”