Why Africans Are Protesting and Fighting Mexican Troops: A More Fulsome Explanation

Todd Bensman
|
Posted: Oct 10, 2019 12:01 AM
Share   Tweet
The opinions expressed by columnists are their own and do not necessarily represent the views of Townhall.com. 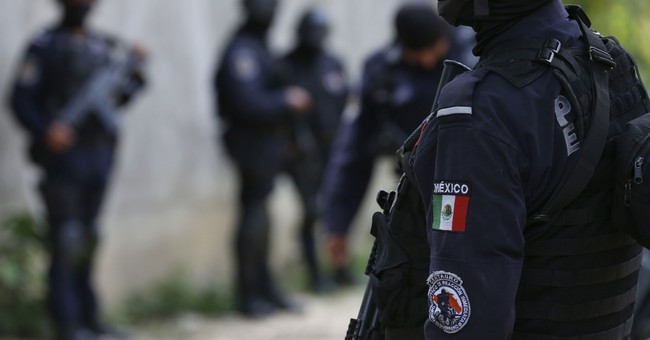 More than 1,000 African migrants are battling with Mexican National Guard and riot police in the streets of southern Mexico. American reporters are parachuting in to write about a “plight” involving those, as well as Middle Easterners, Russians, Sri Lankans, Bangladeshis, Ethiopians, and a diaspora of other migrants from around the world. Human rights groups are flocking to their aid in what looks like an emerging new Cause.

What’s this all about, and should Americans care?

The main emerging narrative, rarely challenged or contextualized, is how racist, unsafe, and unjust it is that Mexico would stop these deserving asylum seekers short of the American border.

But since this Mexican standoff is likely to go on for some time, with the outcome having consequences for United States border and immigration policy, a more fulsome explanation of the drama is in order.

By now, most Americans know that a massive wave of Central Americans has crossed over the southern border during 2019. That may be on the wane. But what we are seeing and hearing about in Mexico now while that happens is a smaller Second Wave of migration from the rest of the under-developed world, of people known in homeland security lexicon as “extra-continentals.”

This one was inspired by the extraordinary success of the nearly one million Central Americans who, by sheer scale of numbers during fiscal year 2019, crumpled U.S. border management systems in an inexorable pile-drive through legal loopholes that enabled most to be quickly released on asylum claims for which almost none are eligible. For these reasons, a population of Central Americans the size of Miami was quickly released into the country to live indefinitely, legally or not.

That breach was widely noticed all over the world, gleaming and irresistible. Those who could scrape the means together started flying into South America (many into the visa-free Ecuador), even as President Donald Trump’s administration was ginning up a series of deterring policy responses.

In July, I was perhaps among the first to report that an unusually large influx of up to 35,000 African, Middle Eastern and South Asian “intercontinental” migrants, was coursing from South America through Panama’s Darien Gap toward the broken-open U.S. border to likewise get asylum claims going and gain quick permanent entry into the interior, sky high numbers that had not been seen in many years.

In August, I interviewed Congolese, Cameroonians, Cubans and a Russian in Mexico. To me, none listed asylum as primary motivation as much as the prospect of economic opportunity, which is not among grantable claims. As even The Los Angeles Times let slip in describing their baseline economic motivations, they were coming in “search of what many call ‘the American dream’ after hearing about migrants who reached the United States through Mexico.”

But then their wave crashed against new ramparts Mexico was forced to put up as President Trump’s program to deter Central American migration began to go into effect.

The splash we see and the commotion we hear is that wave crashing prematurely in Mexico.

After Trump threatened punishing trade tariffs, Mexico agreed to cooperate with a variety of the new American policies that all had to do with “push-backs” of Central American asylum seekers back into Mexico. The dragnet pretty much targets anyone who wants to claim asylum, though.

One early one was called “metering,” where asylum seekers were forced to wait in Mexico as American immigration authorities each day summoned a few at a time to apply for asylum at a port of entry.

Later came the Migrant Protection Protocols (MPP) push-back policy, otherwise known as “Wait in Mexico.” This one allowed American authorities to return asylum seekers to Mexico (nearly 50,000 at last count) to await their lengthy case adjudications there, rather than to let them be freed to live indefinitely inside the United States.

Another of the push-back policies now tripping up the extra-continental migrants is what is known as “safe third country.” This policy, recently given a temporary U.S. Supreme Court green light, allows U.S. authorities to reject asylum seekers at the U.S.-Mexico border if they didn’t already apply for asylum in a safe country along the way. Mexico hasn’t agreed to this but the net result anyway is a whole lot of migrants being pushed back into Mexico.

Like the game of “hot potato,” where the United States almost always ended up with the spud, now Mexico now has it, doesn’t want it, and is trying to pass it southward to others. Mexican authorities are using their military and police to pass the potato. The LA Times recently reported that Mexico successfully deported 100,000 mostly Central Americans to prevent them from reaching the U.S. border since these policies went into effect. Separately, United Nations buses in August had returned thousands more Central Americans pushed back from the American border.

So what about the extra-continentals and all that drama?

The Special Problem of Extra-Continental Migrants

For a while this summer, extra-continental migrants and American officials told me they were exempted from all of this. Asylum seekers from Africa or Brazil were being waved right in to the United States just as Central Americans before them. The Mexican military too, if it had apprehended a mixed group of Central Americans and extra-continentals, would let detain only the Spanish-speakers, I was told.

The net is expanded now, though. It appears the extra-continentals are no longer as exempt. In fact, the Trump administration went so far as to pressure Ecuador, that visa-free zone where most Africans fly in initially, to start requiring visas on the most common migrants showing up at the border.

Mexican authorities have apprehended a record 4,779 African migrants in the first seven months of 2019, nearly four times the number detained during the same period in 2018, according to the LA Times.

But quite unlike Central Americans, deportation is a very different proposition. Trips to those home countries are a lot farther and more complicated. UN buses don’t drive to Ghana, after all. Many migrants have no identification with which they could apply for Mexican asylum, which none of them want anyway. Their countries have no embassies or consular representatives in Mexico to provide assistance with anything else.

Others legitimately can’t return to homelands convulsed by war or persecution and will, under U.S. policy, have to apply for asylum in any number of the countries through which they transited.

All of this means increasing numbers of extra-continental migrants, stacking up by the day, are stranded by a Mexican government that cannot let them pass to the U.S. without diplomatic repercussions and will have to figure out where they can be safely deported or how to keep them in Mexico. Meanwhile, the migrants are stuck. The pressure in the cooker increases amid migrant-troop clashes, daily demonstrations, and activists agitating for their release.  Let my people go is the constant refrain amid abuse claims, demonstrations and violence.

Why the Outcome Matters to America

Should Mexico accede to migrant demands that they be allowed to pass on to the U.S. border, the global grapevine will surely sing the news. New waves of such economic migrants the world over will risk dangerous journeys and be killed, robbed and otherwise abused.

As well, extra-continental migration carries with it arguably higher and more diverse security risks than do Central Americans.

Should the grapevine sing that the U.S. border is once again open for crossing, its systems and people, unrecovered from the slower but ongoing Central American wave, will be less able to mitigate those security risks.

As I have warned, Middle Easterners, Africans and other extra-continentals come from regions afflicted with vicious tribal militias committing unspeakable atrocities, Islamic terrorist organizations, government persecutors, and war criminals. The United States, I have argued, has a special duty to vet migrants from brutalized countries such as the Democratic Republic of Congo to ensure they were never among the persecutors and war criminals, a duty that requires dedicated time, undistracted people, and resources.

High volume is not friendly to necessary security vetting efforts.

These are the reasons why what is happening between Africans and the Mexican government right now is worth watching from the United States.