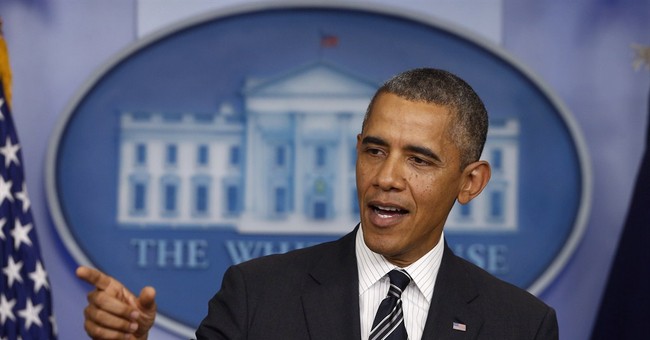 Obama claimed, “If you like your plan, you can keep it,” unless you’re an average American citizen, that is. As costs rise, healthcare options dwindle, and businesses take preventative measures to minimize the negative impact of ObamaCare, more and more of the well-connected and elites have taken measures to excuse themselves from the burdens the law brings. Obama’s promise of healthcare for all, has quickly become healthcare that no one wants.

When ObamaCare was introduced, Congressman Chuck Grassley inserted an amendment that required all of Congress to buy into this form of healthcare. But since then grumbles and complaints have been heard on Capitol Hill over the prospect of losing their top-notch, taxpayer-funded plans to a relatively burdensome alternative. All the griping begs the question; if ObamaCare isn’t good enough for the lawmakers who voted for it, why should our families have to be stuck with this healthcare?

But instead of attempting to actually fix (or repeal) ObamaCare, members of Congress dodged the issue and gave themselves an exemption from the law. Your representatives no longer have to deal with the same ObamaCare problems that your family will face.

Even labor unions, one of the biggest cheerleaders initially, are now beginning to regret their decision. They are finally looking a few steps down the road and are beginning to see what the average business owner will have to do to stay afloat. Under the new law, employers with over 50 employees must provide this new healthcare or face a stiff penalty. The problem is that it’s easier to cut jobs, hours, and benefits than to comply with the massive glut of new regulations, and we’re already seeing that play out. Earlier this week Trader Joe’s, known for their generous benefits, announced they were dropping healthcare coverage for all part-time employees. Trader Joe’s is just the latest employer whose workers are falling victim to ObamaCare, and the CBO estimates that at least another 40 million workers will lose their employer-provided coverage.

Also calling foul over being subjected to ObamaCare is the entire state of Massachusetts. Consistently touted as the poster-child for ObamaCare, the Massachusetts law even had a hand at bringing down the Republican nominee and signer of the law, Mitt Romney. Now, even Democrats in the state are calling for waivers from the law saying that the “one size fits all” approach is unworkable. It’s troubling when a state that has had to deal with a similar healthcare law is worried about this one.

Asking for waivers isn’t a new phenomenon either. Back in 2011, when the law was still being created, many well-connected businesses asked and received waivers from Washington elites. A massive 20% of those businesses that received waivers were in Nancy Pelosi’s California district alone. Unlike lawmakers, they must have actually read the bill and found out what was in it.

The largest exemption though occurred over the Fourth of July weekend where all employers with more than 50 full-time employees were allowed to delay the implementation of ObamaCare until 2014. But the middle class, those ordinary citizens like you and I, get no relief as the Individual Mandate remains in effect.

That’s why Americans for Prosperity has created a new website called JustExempt.me for ordinary citizens to let Congress know that they too would like to be excluded from a law which isn’t good enough for members of Congress. We’ll also be holding events throughout the country at football games and community events to let people know that if Congress and special interests are exempted that we should be too!

With everyone in a position of power refusing to fix anything and instead just handing out “get out of ObamaCare free” cards, what can the average citizen do? We need to send a message to the elites and so called “champions of the middle class” in Washington and tell them that if they really cared about us and our economic viability as a nation, they will take the issue of ObamaCare seriously and repeal it.