Timothy Lee
|
Posted: Sep 17, 2019 9:24 AM
Share   Tweet
The opinions expressed by columnists are their own and do not necessarily represent the views of Townhall.com. 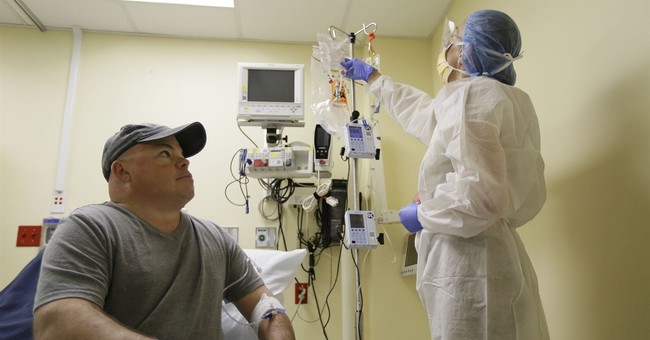 Surprise medical billing poses a serious problem that increases the cost burdens on far too many Americans seeking health care.  As such, it deserves a serious response from Congress.

Here’s how the underlying problem occurs.

When patients seek medical care, they typically make every effort to visit their in-network physicians or facilities, but could still end up receiving care from an out-of-network specialist.  For example, if they need x-rays or specific lab work done, out-of-network entities often must perform the task.  That, in turn, can result in patients receiving huge bills in the mail weeks after their treatment, demanding payment for the cost of care not covered by insurance.

That creates an unexpected, unfair and unmanageable situation.

Although lawmakers have worked to address this issue, a consensus remains elusive.  As elected officials in Washington consider potential solutions, however, we must ensure that whatever legislation they pass not only protects patients, but preserves a free-market approach that will help control costs and increase access to care.

Unfortunately, some of the proposals under consideration in Congress could actually make things worse.

For example, establishing a government-mandated rate based on insurers’ discounted in-network averages would unfairly skew the marketplace in the favor of large insurance companies and to the detriment of patients nationwide.  A rate-setting approach would translate to significant financial losses for local hospitals and emergency rooms, in turn threatening access and affordability across the health care system.

To more fairly address the problem of surprise medical billing without making matters worse by disrupting the patient experience or undermining the free market, Congress must focus on passing a solution that is grounded in the free market — not one that relies on government intervention.  The only legislative approach fitting that description is Independent Dispute Resolution (IDR).  IDR is a proven, market-based solution that will hold patients responsible only for their in-network cost sharing amounts by establishing a framework for health insurers and medical providers to negotiate payment terms in good faith.

In New York, which passed its own version of IDR in 2015, the process has worked exceedingly well, enhancing transparency among insurers, increasing network participation, and lowering out-of-network bills.  All of that has occurred while also protecting patients from surprise billing and keeping costs stable or even lowering them.  That illustrates the power of a free market.

That’s why it’s disconcerting that legislation introducing a big-government rate-setting solution — the Lower Health Care Costs Act, introduced by Senator Lamar Alexander (R-TN) — even remains on the table in Congress.  That rate-setting approach would only grow the federal government’s role in our health care system, making it a slippery slope to government-run health care schemes like Medicare for All.

Instead of that one-size-fits-all approach, conservatives in Congress should rally behind the IDR process.  In a positive sign, legislation that leverages IDR — the STOP Surprise Medical Bills Act introduced by Senator Bill Cassidy (R-LA), himself a physician — has been cosponsored by 12 conservatives in the U.S. Senate, including Senators Rob Portman (R – OH), Lindsey Graham (R-SC) and David Perdue (R-GA), among many others.

When Congress takes up the issue in September, those and other conservative leaders should help champion IDR and work to replace the misguided rate-setting framework in Senator Alexander’s bill with this proven process from Senator Cassidy’s legislation.

That offers the surest way to eliminate surprise billing, while preserving a free market that yields lower costs and increased options for patients.