Tim Huelskamp, Ph.D.
|
Posted: Mar 13, 2018 12:01 AM
Share   Tweet
The opinions expressed by columnists are their own and do not necessarily represent the views of Townhall.com. 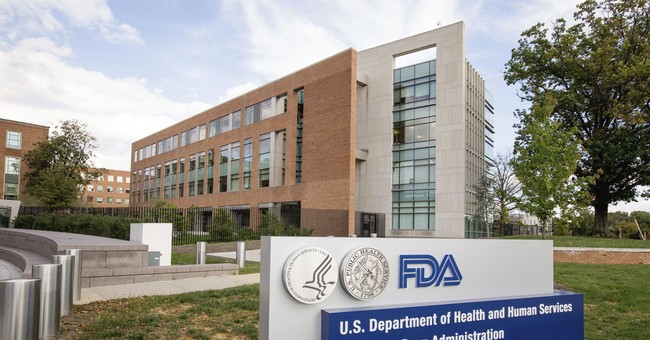 The current process for gaining Food and Drug Administration (FDA) approval for new medications is long and expensive. According to Tufts University, it takes an average of 10–15 years for a drug to be developed by a research lab, approved by FDA, and then finally delivered to sick patients. And the cost to do so is perhaps even more staggering: $2.7 billion.

During this lengthy approval process, years are spent in clinical trials. Potential treatments are researched and reviewed, and then the most promising drugs are eventually tested on a small sample of consenting patients, but only with FDA approval. Patients seeking to use investigational drugs during this process can either wait years for FDA approval or go through a lengthy and difficult FDA exemption system.

Making matters even worse, the exemption process is flawed. It requires physicians to submit paperwork that takes almost 100 hours to complete while still blocking access to potentially lifesaving drugs for thousands of suffering patients. Even after this occurs, the decision lies with FDA, not with the patient and their doctor. The current exemption system is not efficient or expedient enough to provide the timely access to experimental drugs that ailing patients need.

Consider the case of Mikaela Knapp. At age 25, Mikaela was diagnosed with a rare form of kidney cancer. To access experimental treatments that could save her life, Mikaela and her husband, Keith, launched a national social media campaign that culminated with an appearance on Good Morning America. Sadly, Mikaela never received treatment and passed in 2014. She might still be here today if she had the right to try.

A bill now being considered in Congress could dramatically streamline this process and open up access to new drugs for victims like Mikaela and thousands of others nationwide. This right to try legislation would allow patients and their doctors to request investigational drugs from manufacturers without first obtaining FDA approval. Instead of stopping access to life-saving medications, the government would stand aside and permit patients the right to try drugs that have that have undergone preliminary testing in humans and Phase One trials. In 2017, the U.S. Senate passed right to try by a wide bipartisan vote, a minor miracle in today’s political climate. Earlier this year President Donald Trump mentioned right to try in his State of the Union speech, giving the proposal even more momentum.

Like most good policy ideas, right to try started out as a state-based policy; it’s been passed in 38 states. The federal proposal would provide legal protection for health care providers and drug manufacturers. Providers would be protected from license revocation or sanction based on the recommendation of investigational treatments. Manufacturers would be protected from culpability as well, and patients would take responsibility for using a drug that has not been fully vetted.

Defenders of the status quo have claimed that the effort to provide drugs to terminally ill patients creates a false hope, but right to try is far better than no hope, especially for those near death. Nobel laureate Milton Friedman observed the FDA drug approval process, lengthened in the name of safety, has done “enormous harm to the health of the American public by greatly increasing the costs of pharmaceutical research, thereby reducing the supply of new and effective drugs.”

State right to try laws have always faced barriers put in place by current federal drug-approval laws and regulations. A national right to try law would set a new baseline for states, allowing for investigational drugs to be requested and used by patients. States would then be allowed to expand upon the law as they see fit.

Right to try may be saving lives already. One example promoted by the Goldwater Institute is the positive results found by Dr. Ebrahim Delpassand in Texas, where he has helped nearly 100 patients using Texas’ right to try law by providing a new treatment for advanced-stage neuroendocrine cancer. Dr. Delpassand was able to help many of these patients enjoy another year or more with their families when they had been told they had only months to live.

Right to try laws allow patients, with the advice of their doctors, to choose what treatments to try when all else has failed. These laws take steps to ensure the drugs are reasonably safe and that drug manufacturers and patients work to manage legal risks. Congress should follow the lead of the states, the urging of President Trump, and pass right to try legislation.