Tim Graham
|
Posted: May 13, 2022 12:01 AM
Share   Tweet
The opinions expressed by columnists are their own and do not necessarily represent the views of Townhall.com. 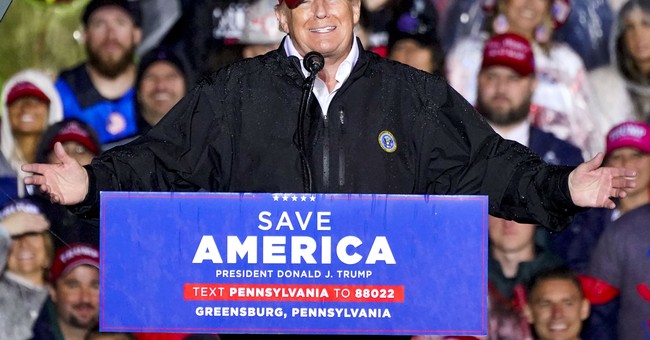 Mark Esper, President Donald Trump's last confirmed secretary of defense, has been the toast of all the networks this week for his new memoir, starting with the high-profile debut on "60 Minutes" with CBS anchor Norah O'Donnell. Then came CNN and MSNBC and PBS and NPR and Fox News.

That doesn't even count the massive sharing of soundbites from these interviews, mostly dedicated to the unending hunger for "tell us all the crazy crap Trump said next" anecdotes. The last president's failure to accept the certified election results and his failure to call off Jan. 6 rioters may be the craziest stuff.

Other than Bret Baier of Fox News -- surely the most skeptical of the lot -- the toughest question Esper faced was, how could he stand ever taking a job with Trump, and why on Earth did he hang around?

Put that parade aside for a minute for a much more general point about "tell-all" books. Try for a few minutes to remember the "tell-all" books that emerged from Bill Clinton's cabinet and White House inner circle. Maybe you can come up with "Locked in the Cabinet" by Labor Secretary Robert Reich (1997). That wasn't a rip-roaring "tell-all." Then there's "All Too Human" by George Stephanopoulos (1999). The network interviewers threw questions about how he looked like an "ingrate" and a "backstabber," inquiries that aren't often thrown at Republican tattlers. But by that time, he was an ABC News star.

Former FBI Director Louis Freeh wrote critically of Clinton in his memoir "My FBI," and that made "60 Minutes," but that was in 2005, which was not exactly timely.

Then repeat the imaginative exercise and attempt to list the "tell-all" books from President Barack Obama's cabinet and inner circle. OK, that's too funny to contemplate, as if anyone would dare toss gossipy dirt at Barack and Michelle Obama, revered like secular saints. One could joke that Obama's cabinet couldn't be defined as "insiders," since he didn't meet them much.

This is not to say that conservative authors and conservative publishers didn't write critical books, but the "mainstream" networks and newspapers weren't going to treat them like anything but tabloid trash.

Here's the point of the exercise: The book publishing industry is like a slow-motion version of the liberal media. They have all the same ideological reflexes and the same desires on who they should celebrate and who they should ruin. So we had all kinds of Ronald Reagan-ripping books, both during and long after his presidency. Likewise, the Bushes have been dipped in boiling literary oil more than a few times.

Then came Trump. "Tell-all" book season started before the first anniversary of his inauguration -- with Michael Wolff's shakily sourced "Fire and Fury." Four years later, Esper is merely the latest. From Omarosa to Anthony Scaramucci to Mary Trump, publishers could count on bitter Democrats and ex-Republicans to leap on every gossipy morsel.

The same goes for newspaper bigfoots like Bob Woodward, who has a trilogy of anti-Trump books titled "Fear," "Rage" and "Peril."

So it's not too early to speculate that there will be no "tell-all" season for insider books on the Biden White House. Instead, the pro-Biden media just performed a cream-puff carousel for Biden's sister Valerie discussing her book, "Growing Up Biden." They already demonstrated their pathetic toothlessness in promoting Hunter Biden's memoir.

Unless there's another Trump book, Woodward might have to spend the next few years writing on some other Washington bigfoot, like he once did for Federal Reserve chairman Alan Greenspan. Perhaps he will chronicle the wondrous bureaucratic insider Anthony Fauci.