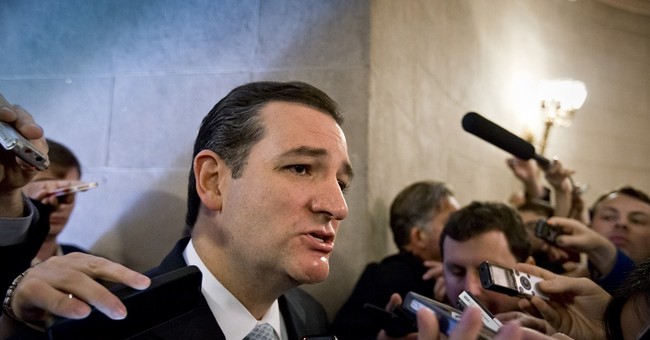 The can has again been kicked and rolls ever onward, down the road, headed for the sewer. As the ongoing debate in Congress (the debt “crisis” is far from over) is not and has not been about the arcana of governance, but its sustenance—how we finance spending that is not supported by tax revenue—we would all think sometime, somewhere, somehow, someone would see that giving voice to the conservatives in Congress would make sense. Why would these folks continue to risk the enmity of three-quarters of the American public? All they are saying is although borrowing is occasionally an acceptable, even necessary, manner of government financing, it cannot be the long term solution to spending if that spending is habitually more than the government collects from the citizenry. Borrowing of that nature is simply a subversion of democratic rule; it is a Ponzi scheme and like all such schemes, will ultimately collapse of its own weight.

President Reagan noted, “I am not worried about the deficit—it is big enough to take care of itself.” Reagan, with his usual wit, made his meaning clear; if we do not address the debt and keep it within our control, outside forces (the market where our debt is sold and that will not loan money it does not feel will be repaid) will control our world and our destiny. In 2011 we had a glimpse of the path towards insolvency in the first-ever lowering of the U.S.’s credit rating. Another downgrade is again in the news.

As the liberals espouse that government can and should spend unendingly, while hoping they will be the political beneficiaries of these actions (true thus far), a belief that government is the answer to all circumstances is fostered in those who now rely on handouts instead of themselves. These emotional and dystopian actions rule the airwaves as the liberal class fails to exercise any fiscal integrity, or even voice any limits on involuntary charity paid by citizens to citizens.

Conservatives see two things: first, that the political battle is about helping people, this is the very foundation of American values; that duty is sacrosanct. They also recognize the responsibility of those being helped; that without their participation beyond receiving, a destructive culture of dependency becomes the only possible result. Second, the conservatives understand what the markets finally stated in 2011: we have pushed the payment for what we spend today onto the backs of our children and grandchildren, and we have pushed too far.

The basic question, of how to pay for our cultural foundation, begins as a Constitutional issue—the House of Representatives is square one, where all spending bills begin. When Standard & Poor’s downgraded the U.S. credit rating in 2011 they noted: “The political brinksmanship of recent months highlights what we see as America's governance and policymaking becoming less stable, less effective, and less predictable…The statutory debt ceiling and the threat of default have become political bargaining chips in the debate over fiscal policy.” S&P was chided for their honesty.

The discussions surrounding these matters when the next manufactured crisis arrives in January, 2014 should finally be as honest and lofty as the arguments in Philadelphia in 1787. They are fundamental to America’s cultural ideals and its existential reality. That the conflicts today are not addressed in these terms, that they have degraded to confrontations and political sniping instead, dangerously obscures what Congress should, and more to the point, can be doing. Perhaps this is why the public’s approval rating of Congress hovers near 10%; it is not fooled by any of this.

We should not allow the liberals and their sycophant media partners to invoke bluster about how high-minded they supposedly are, and how low and mean-spirited they consider conservatives to be because the latter observe principle and the former see only political opportunity. If we allow today’s debates to devolve into political righteousness and gamesmanship, the can of debt, which obviously gets bigger every time Congress fails to deal with the substance, will roll on down the highway, all by itself, until it and the nation fall permanently into the sewer of self-destructive politics.

It is an ultimate act of democracy to deal with the Constitutional foundation that connects the financing issue with the actual people who pay for everything. What the public can do is allow the House of Representatives to advance the debate from its Constitutional foundation toward solutions that will preserve the long-term solvency of our country.

The conservatives are beaten up by the press for alleged obstruction, but their actions are founded in principles that the liberals and media are doing their best to stop them from voicing. The debt crisis isn't about just the Affordable Care Act, it is about debt that is too big to be repaid without changing what America is, and how that destroys people and the nation. No matter what, for the last 50 years we've been watching Congress, not once has there been reform on spending so as a nation we have a future. The Tea Party was born out of frustration. These Congressmen and women are not mean or selfish or obstructionist, they are rational and honest. Let’s listen for once because these discussions are not conservative extremism nor “government by extortion” as President Obama claims, conservatives are engaged in an act of principled democracy.