Thomas Sowell
|
Posted: Oct 23, 2021 12:01 AM
Share   Tweet
The opinions expressed by columnists are their own and do not necessarily represent the views of Townhall.com. 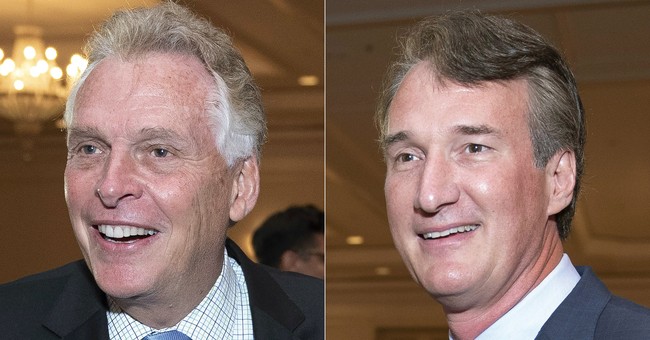 Although Virginia has been a politically blue state for years, this year's election has the Democrats' governor facing a serious challenge.

One of the reasons is that many Virginia parents are outraged by the "woke" propaganda their children are being subjected to in the public schools -- and the governor has sided with the education bureaucrats and the teachers union.

Very few politicians in any state dare to go against the teachers unions, which have millions of votes and millions of dollars in campaign contributions.

This is one battle in a much bigger war, and the stakes are far higher than the governorship of Virginia or the Democrats and Republicans. The stakes are the future of this nation.

When school propaganda teaches black kids to hate white people, that is a danger to all Americans of every race. Anyone at all familiar with the history of group-identity politics in other countries knows that it has often ended up producing sickening atrocities that have torn whole societies apart.

If you have a strong stomach, read about the 1915 atrocities against the Armenians in Turkey, "ethnic cleansing" in the Balkans, or the reciprocal atrocities between the Sinhalese and Tamils during their civil war in Sri Lanka.

Do not kid yourself that this cannot happen in America. The relations between the Sinhalese and Tamils in Sri Lanka were once held up to the world as a model of intergroup harmony.

They got along better than blacks and whites have ever gotten along in the U.S. But then a talented demagogue polarized the country with group-identity politics, to get himself elected prime minister.

Once he was elected, he was ready to moderate his position. But you cannot just turn group hatred on and off, like a light bulb. He was assassinated and the hatred continued on.

There is a point of no return in America as well. And we may be nearing it, or perhaps past it.

Low-income minority students, especially, cannot afford the luxury of having their time wasted on ideological propaganda in the schools, when they are not getting a decent education in mathematics or the English language.

When they graduate, and go on to higher education that could prepare them for professional careers, hating white people is not likely to do them nearly as much good as knowing math and English.

This may be a new issue to some people, but such irresponsible indoctrination has been going on for decades. Back in 1993, my book "Inside American Education" had a long chapter titled "Classroom Brainwashing."

Anyone who reads the school propagandists' own words quoted there can find that a sickening experience as well.

Parents who protest the arrogant abuse of a captive audience of children are performing an important public service. They deserve something better than having the Biden administration's Attorney General threatening them.

But this whole issue is far older and far bigger than the Biden administration. It will be a cancerous threat to this country, long after the current administration is over.

Poisonous indoctrination will not stop unless it gets stopped. But most parents and voters have lives to lead, and cannot keep monitoring everything the schools do.

Most low-income parents lack the one thing that would get them taken seriously by the education establishment -- an ability to take their children to other schools.

Parents and voters in New York state can go on the Internet and see the State Education Department's data on how many students in traditional public schools and in charter schools pass the math and English tests. People in other states may have something similar.

In low-income minority neighborhoods, most of the students in unionized public schools fail both these statewide tests. But most students in charter schools in the same neighborhoods pass those same tests -- several times more often.

Neither the educational problems nor the propaganda problems can be solved without allowing parents the option to take their children out of the failing schools they are forced to attend.

Thomas Sowell is a senior fellow at the Hoover Institution, Stanford University, Stanford, CA 94305. His website is www.tsowell.com.