Thomas Sowell
|
Posted: Apr 13, 2016 12:01 AM
Share   Tweet
The opinions expressed by columnists are their own and do not necessarily represent the views of Townhall.com. 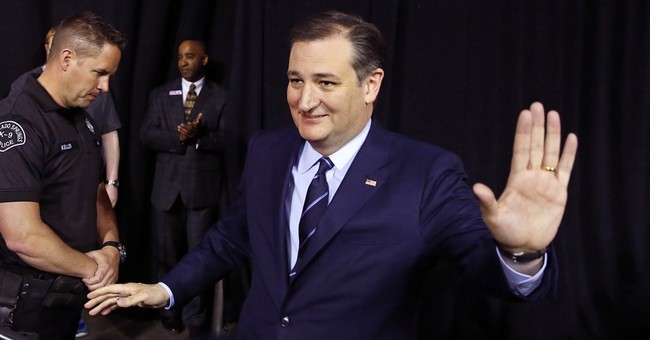 If you took all the lies out of political rhetoric, how much would be left? Apparently even less than usual this year.

The latest, and perhaps biggest, lie -- thus far -- is that Donald Trump was cheated out of delegates in Colorado because the voters did not select the delegates.

Two very different questions have gotten confused with each other. One question is whether this is the best way to choose delegates. Most of us would say "No," but most of us don't live in Colorado, and each state is allowed great leeway in how it chooses to pick its delegates.

The more fundamental question is whether this was some trick cooked up to deprive Donald Trump of the delegates needed to win the Republican nomination. That is of course how Donald Trump and his followers automatically depict anything that doesn't work out to his advantage.

But the Colorado rules were written and known to all before anybody cast a single vote in the primary elections, anywhere in the country.

If the people who ran the Trump campaign were not aware of what the rules in Colorado were, and Ted Cruz's people were, that is what happens when you hire people who are not up to the challenges of their job. The fact that one of those people has been fired and replaced has gotten much less media attention than Trump's loudly repeated charges that he was robbed.

With so many primary election rules that vary from one state to another, some of these rules are bound to work out to one candidate's advantage and another candidate's disadvantage.

When Trump, for example, wins less than a majority of a state's votes and yet gets 100 percent of its delegates, you don't hear other candidates yelling or whining that they have been robbed. But the cold fact is that Trump's percentage of the delegates is still higher than his percentage of the people who actually voted for him.

Apparently it all depends on whose ox is gored -- and who yells the loudest, with the most irresponsible charges. It also depends on how conscientious the media are and how gullible the voters are.

Other political campaign lies have been repeated so often, over so many years, that they have become part of a tradition that is almost never questioned. Demands for "equal pay" for women, for example, proceed without even a definition of what that means.

Other researchers, many of them female, have found the same pattern in other fields where there are income differences between the sexes. Women work fewer hours annually than men, and do not work full-time and continuously over the years as often as men do.

None of this is news for people who have checked out the facts. Researchers -- including female researchers -- have repeatedly turned up such facts for decades. But the politicians, and much of the media, prefer a moral melodrama, starring themselves on the side of the angels against the forces of evil.

That wins votes, helps TV ratings and lets lots of people feel good about themselves. But this also requires a gullible public.

A very similar game can be played with racial statistics. What if I said that basketball officials call fouls on black players out of all proportion to the share of blacks in the general population? You might well say, "Wait a minute! The proportion of black players is far higher in the NBA than in the population."

Yet that simple difference between the proportion of blacks in the general population and blacks involved in whatever activity is being measured statistically is repeatedly ignored, both by politicians and the media.

The success of campaign lies depends ultimately on how willing the public is to be stampeded without bothering to stop and think.

Rural America, Prepare for Biden's Newly-Proposed Tax
Townhall
WATCH as federal agents, 'under orders of Joe Biden', attack and disappear American citizen (we do this right, mainstream media?)
Twitchy
Mitt Romney Shares His Picks for the Future of the GOP, and Laughter Abounds
Redstate
Unity Watch: Sorry President Biden, the Honeymoon Is Over Before It Even Started
PJ Media