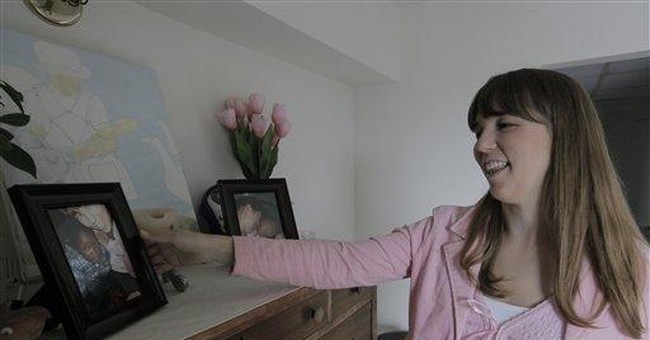 If there is ever a contest for the law with the most grossly misleading title, the Indian Child Welfare Act of 1978 should be a prime candidate, because the last thing this Act protects is the welfare of Indian children.

Based on that theory, a newborn baby of American Indian ancestry, who was adopted immediately after birth by a white couple, was at 27 months of age taken away from the only parents she has ever known and given to her father.

Apparently the tribe has rights under the Indian Child Welfare Act. If this child were of any other race, a court would be free to decide the case on the basis of whatever was in the best interests of the child. Instead, the child is treated almost as property, contrary to the 13th Amendment that outlawed slavery.

Fortunately, the legal issues growing out of this case are now before the Supreme Court of the United States. We can only hope that the justices will use their wisdom, instead of their cleverness, to decide this case.

Solomon’s wisdom provided a good example many centuries ago, in a case where two women each claimed to be the mother of a child and each demanded custody. Since he did not know who was the real mother, King Solomon said that he would cut the child in half and give each mother her half.

When one of the women dropped her claim, in order to spare the child's life, he knew that she was the real mother. Anyone who would ruin a helpless child's life, in order to assert their own legal prerogatives, or to protect the tribe's turf, raises very serious questions about what kind of parent they are.

The question is not which home is better, but whether the child will ever feel secure in any home again, after the shock of being forcibly taken away.

The welfare of a flesh-and-blood human being should trump theories about cultures -- especially in the case of a two-year-old child, who has been torn away from the only parents she has ever known, and treated as a pawn in a legalistic game.

This little girl is just the latest in a long line of Indian children who have been ripped out of the only family they have ever known and given to someone who is a stranger to them, often living on an Indian reservation that is foreign to them. This has happened even to children who have spent a decade or more with a family to which they have become attached and is attached to them.

There have already been too many scenes of weeping and frightened children, crying out in vain for the only mother and father they have known, as they are forcibly dragged away.

Whatever the merits or demerits of various theories about culture, they are still just theories. But too many people put their pet theories ahead of flesh-and-blood human beings.

One of the rationales for the Indian Child Welfare Act is that, in the past, Indian children were wantonly wrested from their Indian parents and sent off to be raised by non-Indians. But nothing we can do today can undo the wrongs of the past -- especially not by creating the same wrongs again, in reverse.

While those who are most victimized by the so-called Indian Child Welfare Act are the children ripped out of their homes to satisfy some theory, they are not the only victims.

Indian children without biological parents to take care of them can be needlessly left in institutional care, when there are not enough Indian foster parents or adoptive parents to take them into their homes.

The Alice in Wonderland legal situation can hardly encourage non-Indian families to take care of these children, when that can so easily lead to heartbreak for both the children themselves and the surrogate parents who have become attached to them.

What a price to pay for a theory!