Harlem Then and Now 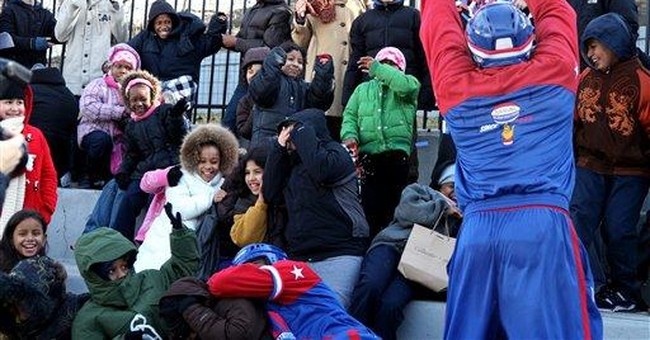 Trending
Books about the history of Harlem have long fascinated me -- my favorite being "When Harlem Was in Vogue" by David Levering Lewis. However, a more recent book, titled simply "Harlem" by Jonathan Gill, presents a more comprehensive history -- going all the way back to the time when the Dutch were the first settlers of New York, and named that area for the city of Haarlem in the Netherlands.

Most of us today think of Harlem as a black community, but it was not that for most of its 400-year history. John James Audubon, famed for his studies of birds, was among the many people who at various times organized efforts to keep blacks from moving into Harlem -- efforts that, in the long run, met with what might be called very limited success.

Among the many well-known people who were not black who were born in Harlem were Groucho Marx, Milton Berle, Arthur Miller and Bennett Cerf.

Like other communities, Harlem held many very different kinds of people at the same time, both before and after it became predominantly black.

Harlem had the highest crime rate in New York before blacks moved there, and a photograph in this book, taken a hundred years ago, showed the worst housing conditions I have ever seen in Harlem. In some of the poorer Italian neighborhoods in East Harlem, people went barefoot in the summer and lived on one meal a day, consisting of thin soup.

There were also more upscale areas of Harlem, and different classes of people sorted themselves out, both when Harlem was white and after it became black. During the early era of black Harlem, as author Jonathan Gill notes: "Observant subway riders could see the porters and domestics get off at West 125th Street, the clerks and secretaries depart at West 135th Street, and the doctors and lawyers leave at West 145th Street."

By the time I was growing up on West 145th Street in the 1940s, its inhabitants were by no means limited to doctors and lawyers, or even clerks and secretaries. But the pattern of internal self-sorting continued. With the later breakdown of racial barriers in housing, many of the black middle class and those aspiring to be middle class moved completely out of ghettoes like Harlem. It became a much worse place, for that and other reasons.

Complaints that the old neighborhood is going downhill have been made by people of all races. Even though that may be true, it can be misleading when the people who lived in those neighborhoods have moved up economically, and now have more upscale housing in more genteel neighborhoods. Meanwhile, the newcomers in their old neighborhoods may likewise be living in better housing than they had before. People moving up often means neighborhoods moving down.

Nevertheless, it is painful for me to realize that youngsters growing up in the same places in Harlem where I grew up more than 60 years ago have far less chance of rising economically, educationally or otherwise.

Harlem youngsters today undoubtedly have more material things than I had in my day. I was 23 years old, and living in Washington, before I had a television set, given to me by my sister when she bought a new television set for herself.

People didn't live in fear of drive-by shootings, in the Harlem of my day, if only because we had nothing to drive by in. Old photographs of Harlem show ample parking space on the streets. It was not an idyllic community, by any stretch of the imagination, but it had values that mattered in our daily lives, and common decency was in fact common. No material things can substitute for that.