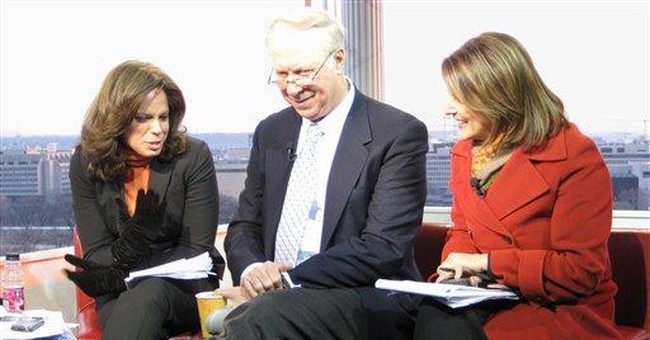 Editor's Note: This column is part II in a series. Part I can be found here.

Nothing produces more of a sense of the futility of facts than seeing someone in the mass media repeating some notion that has been refuted innumerable times over the years.

On July 9th, on CNN's program "The Situation Room" with Wolf Blitzer, commentator Gloria Borger discussed President Obama's plan to continue the temporary extension of the tax rates established under the Bush administration -- except for the top brackets, where Obama wanted the tax rates raised.

Ms. Borger said, "if you're going to lower the tax rates, where are you going to get the money from?"

But when Ms. Borger asked, "where are you going to get the money from?" if you don't raise tax rates, that assumes an automatic correlation between tax rates and tax revenues, which is demonstrably false.

As far back as the 1920s, a huge cut in the highest income tax rate -- from 73 percent to 24 percent -- led to a huge increase in the amount of tax revenue collected by the federal government. Why? Because investors took their money out of tax shelters, where they were earning very modest rates of return, and put their money into the productive economy, where they could earn higher rates of return, now that those returns were not so heavily taxed.

This was the very reason why tax rates were cut in the first place -- to get more revenue for the federal government. The same was true, decades later, during the John F. Kennedy administration. Similar reasons led to tax rate cuts during the Ronald Reagan administration and the George W. Bush administration.

All of these presidents -- Democrat and Republican alike -- made the same argument for tax rate reductions that had been made in the 1920s, and the results were similar as well. Yet the invincible lie continues to this day that those who oppose high tax rates on high incomes are doing so because they want to reduce the taxes paid by high income earners, in hopes that their increased prosperity will "trickle down" to others.

In reality, high income earners paid not only a larger total amount of taxes after the tax rate cuts of the 1920s but also a higher share of all the income taxes collected. It is a matter of record that anyone can check out with official government statistics.

This result was not peculiar to the 1920s. In 2006, the New York Times reported: "An unexpectedly steep rise in tax revenues from corporations and the wealthy is driving down the projected budget deficit this year."

Expectations are in the eye of the beholder. Tax cut proponents expected precisely the result from the Bush tax cuts that so surprised the New York Times. So did tax cut proponents in the John F. Kennedy and Ronald Reagan administrations.

If this concept has not yet trickled down to the New York Times or CNN's Gloria Borger, that is a commentary on the media commentators.

Ms. Borger may simply not know any better, but Barack Obama cannot use that excuse. When he was a candidate for president back in 2008, Charles Gibson of ABC News confronted him with the fact that there was no automatic correlation between the raising and lowering of tax rates and whether tax revenues moved up or down.

Obama admitted that. But he said that he was for raising tax rates on higher income earners anyway, in the name of "fairness." How higher tax rates that the government does not actually collect make any sense, whether from a fairness perspective or as a way of paying the government's bills, is another question. The point here is that Obama knew then that tax rates and tax revenues do not automatically move in the same direction.

In other words, he is lying when he talks as if tax rates and tax revenues move together. Ms. Borger and others in the media may or may not know that. So they are not necessarily lying. But they are failing to inform their audiences about the facts -- and that allows Obama's lies to stand.