Thomas Sowell  |  Jun 29, 2010
The opinions expressed by columnists are their own and do not necessarily represent the views of Townhall.com.
Top Columns
Trending on Townhall Media 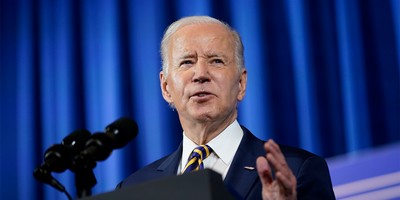 Biden's 401(k) Heist Betsy McCaughey
Now that the Supreme Court of the United States has decided that the Second Amendment to the Constitution means that individual Americans have a right to bear arms, what can we expect?

Those who have no confidence in ordinary Americans may expect a bloodbath, as the benighted masses start shooting each other, now that they can no longer be denied guns by their betters. People who think we shouldn't be allowed to make our own medical decisions, or decisions about which schools our children attend, certainly are not likely to be happy with the idea that we can make our own decisions about how to defend ourselves.

When you stop and think about it, there is no obvious reason why issues like gun control should be ideological issues in the first place. It is ultimately an empirical question whether allowing ordinary citizens to have firearms will increase or decrease the amount of violence.

If the end of gun control leads to a bloodbath of runaway shootings, then the Second Amendment can be repealed, just as other Constitutional Amendments have been repealed. Laws exist for people, not people for laws.

There is no point arguing, as many people do, that it is difficult to amend the Constitution. The fact that it doesn't happen very often doesn't mean that it is difficult. The people may not want it to happen, even if the intelligentsia are itching to change it.

When the people wanted it to happen, the Constitution was amended 4 times in 8 years, from 1913 through 1920.

What all this means is that judges and the voting public have different roles. There is no reason why judges should "consider the basic values that underlie a constitutional provision and their contemporary significance," as Justice Stephen Breyer said in his dissent against the Supreme Court's gun control decision.

But, as the great Supreme Court Justice Oliver Wendell Holmes said, his job was "to see that the game is played according to the rules whether I like them or not."

If the public doesn't like the rules, or the consequences to which the rules lead, then the public can change the rules via the ballot box. But that is very different from judges changing the rules by verbal sleight of hand, or by talking about "weighing of the constitutional right to bear arms" against other considerations, as Justice Breyer puts it. That's not his job. Not if "we the people" are to govern ourselves, as the Constitution says.

As for the merits or demerits of gun control laws themselves, a vast amount of evidence, both from the United States and from other countries, shows that keeping guns out of the hands of law-abiding citizens does not keep guns out of the hands of criminals. It is not uncommon for a tightening of gun control laws to be followed by an increase-- not a decrease-- in gun crimes, including murder.

Conversely, there have been places and times where an increase in gun ownership has been followed by a reduction in crimes in general and murder in particular.

Unfortunately, the media intelligentsia tend to favor gun control laws, so a lot of hard facts about the futility, or the counterproductive consequences of such laws, never reach the public through the media.

The media, like Justice Breyer, might do well to reflect on what is their job and what is the voting public's job. The media's job should be to give us the information to make up our own minds, not slant and filter the news to fit the media's vision.