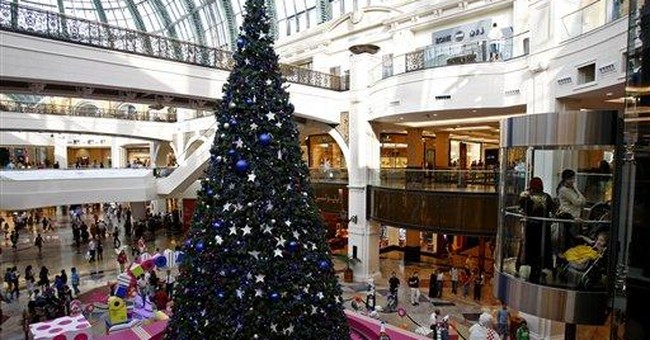 Watching old boxing matches on DVDs tells us something about some of the ways in which American society has changed.

The first thing I noticed about the boxers back in the era of Joe Louis, from the 1930s into the 1950s, is that they all wore regulation boxing trunks and they didn't have tattoos. There was no trying to outdo each other with garish boxing trunks or wild tattoos. They didn't try to stare each other down when the referee was giving them instructions before the fight.

Seldom did any of these boxers go in for showboating during the fight. There was no denigrating the other fighter, either before or after the fight.

After Joe Louis knocked out an opponent, any comment he made was usually along the lines of "He's a good fighter and very game." Sometimes Louis would add, "He had me worried for a while," though there was seldom any real reason to worry.

One of the few fighters who did give Joe Louis a real battle, and who was ahead on points when Louis knocked him out, was Billy Conn. But, when Conn lost his balance in their much anticipated rematch, Louis simply let him regain his balance before continuing the fight. How many boxers today would do that, especially against someone who was a real threat?

Although Joe Louis was widely respected as a model of sportsmanship, he was by no means the only one who behaved like a gentleman in the ring. That became a norm that heavyweight champions after him tried to live up to, until the 1960s.

Early in his career, Louis was upset by Max Schmeling, who knocked him out. Although Schmeling was from Germany and some tried to depict him as a Nazi, Schmeling went over to help Louis to his feet after the knockout.

In their rematch, the first thing Max Schmeling did upon entering the ring was go over to Louis' corner to shake hands with him, even before going to his own corner. It was a gesture that distanced him from the Aryan supremacy interpretation of his victory over Louis that the Nazi regime in Germany had made after their first fight.

The loutish, loudmouth and childish displays that have become all too common today in boxing, as well as in other sports, began in the 1960s, like so many other signs of social degeneration.

What about the quality of the fighters themselves? There have been great fighters in both earlier and later times. Mike Tyson's one-round knockouts electrified many boxing fans but Joe Louis still holds the record for one-round knockouts in heavyweight championship fights.

The only way you can be sure who hit harder would be to be on the receiving end of their punches-- and none of the boxing pundits ever agreed to do that.

Louis' punches tended to be short and quick, but guys went down like they had been struck by lightning. When Louis knocked out Jimmy Braddock-- the "Cinderella Man"-- to win the championship, Braddock lay face down on the canvas without moving while he was counted out, and afterwards his handlers had to come out from his corner to get him back on his feet.

It was much the same story when Rocky Marciano won the championship from Jersey Joe Walcott. After a right to the jaw from Marciano, Walcott fell limp. As he fell, his arm got tangled in the ropes, so that Walcott fell forward, with the top of his head resting on the canvas. He was counted out in that position without moving a muscle-- and his handlers too had to come get him and revive him, before they could take him back to his corner.

How would the fighters of the past do against the bigger and heavier fighters of a later era? We will never know. What we do know is that Rocky Marciano, who was strictly a knockout fighter, never fought as heavy as 190 pounds and Joe Louis was at his best at no more than 200 pounds.

It is much easier to compare the referees. The old-timers didn't keep issuing warning after warning, for round after round. They penalized violations. More lax officiating may be why so many fights in recent times have had so many clinches and so much wrestling and dirty fighting.

That too is unfortunately a reflection of the general trends of our time.