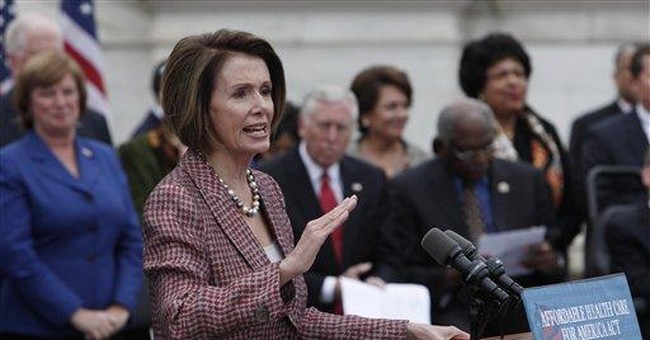 Yet, when it comes to medical care, there seems to be remarkably little attention paid to questions of both quantity and quality, in the rush to "bring down the cost of medical care."

There is no question that you can reduce the payments for medical care by having either a lower quantity or a lower quality of medical care. That has already been done in countries with government-run medical systems.

In the United States, the government has already reduced payments for patients on Medicare and Medicaid, with the result that some doctors no longer accept new patients with Medicare or Medicaid. That has not reduced the cost of medical care. It has reduced the availability of medical care, just as buying a pint of milk reduces the payment below what a quart of milk would cost.

Letting old people die instead of saving their lives will undoubtedly reduce medical payments considerably. But old people have that option already-- and seldom choose to exercise it, despite clever people who talk about a "duty to die."

A government-run system will take that decision out of the hands of the elderly or their families, and thereby "bring down the cost of medical care." A stranger's death is much easier to take, especially if you are a bureaucrat making that decision in Washington.

At one time, in desperately poor societies, living on the edge of starvation, old people might be abandoned to their fate or even go off on their own to face death alone. But, in a society where huge flat-screen TVs are common, along with a thousand gadgets for amusement and entertainment, and where even most people living below the official poverty line own a car or truck, to talk about a "duty to die" so that younger people can live it up is obscene.

You can even save money by cutting down on medications to relieve pain, as is already being done in Britain's government-run medical system. You can save money by not having as many high-tech medical devices like CAT scans or MRIs, and not using the latest medications. Countries with government-run medical systems have less of all these things than the United States has.

But reducing these things is not "bringing down the cost of medical care." It is simply refusing to pay those costs-- and taking the consequences.

For those who live by talking points, one of their biggest talking points is that Americans do not get any longer life span than people in other Western nations by all the additional money we spend on medical care.

Like so many clever things that are said, this argument depends on confusing very different things-- namely, "health care" and "medical care." Medical care is a limited part of health care. What we do and don't do in the way we live our lives affects our health and our longevity, in many cases more so than what doctors can do to provide medical care.

Americans have higher rates of obesity, homicide and narcotics addiction than people in many other Western nations. There are severe limits on what doctors and medical care can do about that.

If we are serious about medical care-- and we should be serious, since it is a matter of life and death-- then we should have no time for clever statements that confuse instead of clarifying.

If we want to compare the effects of medical care, as such, in the United States with that in other countries with government-run medical systems, then we need to compare things where medical care is what matters most, such as survival rates of people with cancer.

The United States has one of the highest rates of cancer survival in the world-- and for some cancers, the number one rate of survival.

We also lead the world in creating new life-saving pharmaceutical drugs. But all of this can change-- for the worse-- if we listen to clever people who think they should be running our lives.