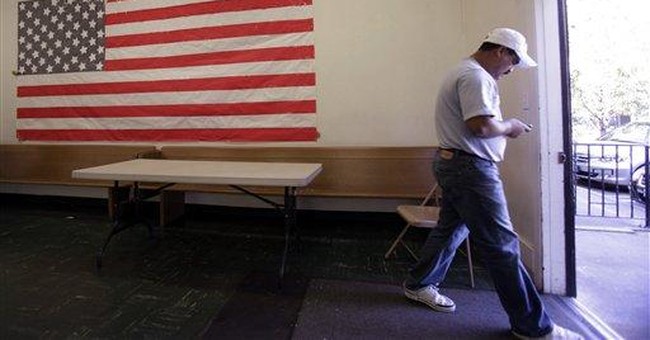 It is understandable that many people do not pay nearly as much attention to political issues as they do to practical decisions that they have to make in their own lives. For one thing, they have only one vote among millions, so their influence on what policies the government will follow is in no way comparable to the weight of their decisions in their own personal affairs.

One consequence is that politicians can get away with half-baked arguments that people would never accept in their personal lives, where they apply a lot more scrutiny.

People who would never let some high-pressure salesman rush them into signing a contract to buy a car, before they have a chance to read the contract, may see nothing wrong with a President of the United States trying to rush Congress into passing a thousand-page bill before anybody has a chance to read it all.

Numbers, as well as words, get more scrutiny in private life than in political issues. Politicians love to cite magic numbers that are supposed to tell us whether some policy is a "good thing" or not. By sheer repetition, it is claimed that bigger numbers mean better results, whether the number is the percentage of families that own their own homes or the miles per gallon that automobiles get.

Administrations of both political parties, going back as far as the 1920s, have from time to time pushed the idea that a higher percentage of people owning their own homes is a "good thing," completely ignoring such repercussions as rising foreclosure rates in the wake of extending mortgage loans to people who are unlikely to be able to keep up the payments.

One of the other magic numbers that is popular in politics is the average miles per gallon of gas that cars are supposed to get, in order to meet standards set by the government. No matter how big this number gets, it can always get bigger, so there is no logical stopping place-- which means a never-ending political crusade to increase that magic number.

The open-endedness of magic numbers is not their only problem. The more fundamental problem is that the costs entailed by a magic number are often either ignored or downplayed. More miles per gallon, for example, are usually achieved by having lighter cars-- and lighter cars mean less protection from the consequences of automobile accidents. Bluntly, it means more severe injuries and death.

The magic number du jour is the number of Americans without health insurance. Apparently getting more people insured is another "good thing"-- which is to say, it is something whose costs are not to be weighed against the benefits, or whose costs are to be finessed aside with optimistic projections or a claim that these costs can be covered by eliminating "waste, fraud and abuse."

In real life, people weigh one thing against another. But in politics one declares one thing to be imperative, so the issue then becomes how we do it. In real life, all sorts of desirable things are not done, either because of other desirable things that would have to be sacrificed to do it or because of the dangers incurred in achieving the desired objective are worse than the problem we want to solve.

More than two centuries ago, Edmund Burke said, "Nothing is good but in proportion"-- that is, when weighed as a trade-off. But a prudent weighing of trade-offs does not produce the political melodrama of pursuing a "good thing" measured by some magic number.