"Out of Context": Part III 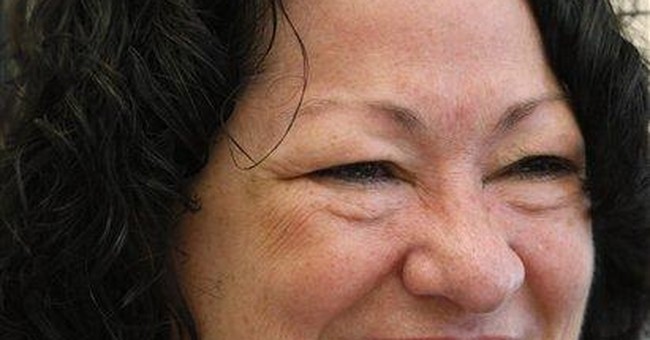 As part of the biographical preoccupation with Judge Sonia Sotomayor's past, the New York Times of May 31st had a feature story on the various New York housing projects in which she and other well-known people grew up-- including Whoopi Goldberg, Kareem Abdul-Jabbar, Thelonious Monk and Mike Tyson.

There was a map of New York City and dots pin-pointing the location of the project in which each celebrity grew up. As an old New Yorker, I was struck by the fact that not one of the 20 celebrities shown grew up in a housing project in Harlem!

The housing projects in which they grew up were different in another and more fundamental way. As the New York Times put it: "These were not the projects of idle, stinky elevators, of gang-controlled stairwells where drug deals go down." In other words, these were public housing projects of an earlier era, when such places were very different from what we associate with the words "housing project" today.

Just the reference to unlocked doors on the apartments there, so that children could more easily visit playmates in nearby apartments on Saturday mornings to watch television, creates an image that must seem like something out of another world to those familiar only with the housing projects of today.

There were standards for getting into the projects of those days and, if you didn't live up to those standards, they put you out. Kareem Abdul-Jabbar was quoted as saying, "When kids played on the grass, their parent would get a warning." That seems almost quaint when you think of what has gone on in the housing projects of a later era.

A relative of mine lived in one of the housing projects back then-- and we were proud of him, as well as glad for him, because such places were for upright citizens in those days-- working class people with steady jobs and good behavior. Clever intellectuals had not yet taught us to be "non-judgmental" about misbehavior or to make excuses for vandalism and crime.

While Sonia Sotomayor was not born with a silver spoon in her mouth, let's not make her someone who rose from such depths as those conjured up by the words "housing projects" today. It is bad enough that biographical considerations carry such weight in considerations of nominees for the Supreme Court. But, if biography must be elaborated, let it at least be done "in context."

It has always made me a little uneasy when generous well-wishers have discussed my educational background as if it was something almost miraculous that I came out of the schools in Harlem and went on to Ivy League institutions. But any number of other people did exactly the same thing.

The Harlem schools of that era were no more like the Harlem schools of today than the housing projects of that era were like today's housing projects. They had classes grouped by ability and, if you were serious about getting a good education, you could get into one of the classes for kids who were serious and receive an education that would prepare you to go on in life.

There is a lot to ponder about why both the schools and the housing projects degenerated so much after the bright ideas of the 1960s intelligentsia spread throughout society, leaving social havoc in their wake.

Too many people who rose to where they are today because of a foundation of traditional values have become enthralled by the very different ideas prevalent in the elite intellectual circles to which they moved. Judge Sotomayor seems to be one of those, with her ideas about race and the policy-making role of judges.

It is bad enough that so many of those "advanced" ideas have undermined for others the foundation that Sonia Sotomayor had as she grew up, despite being raised in a home with a modest income. There is no need to let her use the Supreme Court to destroy more of those traditional American values.