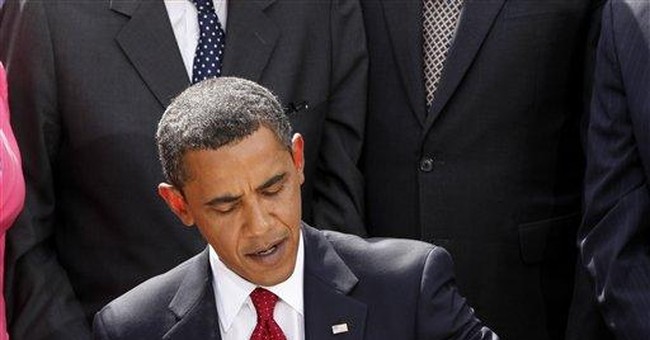 They say that people mellow with age. However, the older I get, the less patience I have with cleverness.

If increased government spending with borrowed or newly created money is a "stimulus," then the Weimar Republic should have been stimulated to unprecedented prosperity, instead of runaway inflation and widespread economic desperation that ultimately brought Adolf Hitler to power.

Who was it who said: "I cannot tell what powers may have to be exercised in order to win this war"? George W. Bush? Dick Cheney? Donald Rumsfeld? Actually it was Franklin D. Roosevelt, in a "fireside chat" broadcast on September 7, 1942. He understood that survival was the number one right, without which all other rights are meaningless.

They say adversity concentrates the mind. Now that Republicans have been badly beaten in two consecutive Congressional elections, what Republican leaders in Congress are saying today makes more sense than what they said when they were in power.

When my sister's children were teenagers, she told them that, if they got into trouble and ended up in jail, to remember that they had a right to make one phone call. She added: "Don't waste that call phoning me." We will never know whether they would have followed her advice, since none of them was ever in jail.

One of the most important talents for success in politics is the ability to make utter nonsense sound not only plausible but inspiring. Barack Obama has that talent. We will be lucky if we escape the catastrophes into which other countries have been led by leaders with that same charismatic talent.

When I think of the people with serious physical or mental handicaps who nevertheless work, I find it hard to sympathize with able-bodied men who stand on the streets and beg. Nor can I sympathize with those who give them money that subsidizes a parasitic lifestyle which allows such men to be a constant nuisance, or even a danger, to others.

Why let discussions with visiting celebrities be a constant distraction during a televised tennis match or baseball game?

If we each sat down and wrote out all the mistakes we have made in our lives, all the paper needed would require cutting down whole forests.

Much discussion of the interrogation of captured terrorists ignores the inescapable reality of trade-offs. The real question is: How many American lives are you prepared to sacrifice, in order to spare a terrorist from experiencing distress?

Governments should govern, not micro-manage the economy. A government unrealistic enough to think it can micro-manage is likely to do a worse job than most.

Inspiring as it is to study the history of the struggles and sacrifices that created and preserved America, it is also painful to see how all those investments of efforts and lives are being frittered away today for short-sighted and self-centered reasons.

Why the mere relocation of imprisoned terrorists from Guantanamo to prisons in the United States is a moral issue in the first place is by no means clear, since morality deals with behavior, rather than location. But putting them within the jurisdiction of liberal circuit court judges who can find reasons to turn them loose is a much more serious issue.