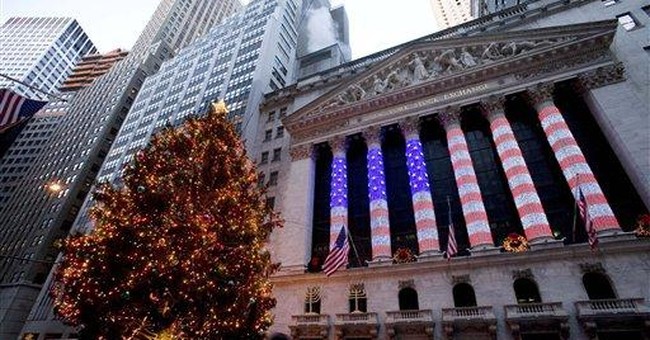 "Outliers" are not politicians who lie even more than other politicians. It is a term used by statisticians to describe some data that are far away from the average-- data on seven-foot women or freezing temperatures in Los Angeles, for example.

"Outliers" is also the title of a very insightful and very readable new book by best-selling author Malcolm Gladwell. The book's subtitle is "The Story of Success." It is a study of the factors behind people who have had spectacular achievements in fields ranging from hockey to computers.

One of the first groups of outliers studied are top-level Canadian hockey players, a wholly disproportionate number of whom were born in the first three months of the year. Moreover, the same pattern was found among top Czech hockey players.

The key factor turned out to be a fixed date-- January 1st in both countries-- for selecting young boys to be placed on special hockey teams that were the elite of their age groups.

Players born in January were the most over-represented among the top hockey players in both countries. As young boys, they would have just missed the selection cut-off for that year and would have had another year to grow before the next selection date.

That kind of difference in age-- at a very young age-- was a big advantage, in terms of size and physical maturity, among boys in a very physical sport. Being tracked into elite hockey teams, early on, allowed that initial advantage to be parlayed into an ever larger advantage of experience and training with elite teams over the years.

Many other "outliers" in achievement in many other fields likewise came from special backgrounds or special circumstances. These people have been in areas ranging from computers to corporations to residents of one Pennsylvania town with unusually low rates of heart disease, despite having residents whose diets are laden with fat and sugar, who do little exercise and who tend to be obese.

The theme running through this book is that spectacular individual achievements-- outliers-- are not simply a matter of personal merit but come out of a background of special circumstances that enable outstanding individual ability to lead to performances far beyond the norm.

This book is an outstanding achievement in itself, and its readability, insights and imagination make it one of the best books of 2008 or any other year.

It is not easy, however, to share the author's belief that social policies can spread the advantages of some to the population at large. It seems even less likely that empowering politicians to do so will make things better overall than they are in the very imperfect world we currently live in.

This is not to say that nothing can be done. One of the most inspiring chapters in "Outliers" is about a KIPP charter school serving minority students, whose academic performances far exceed those of other minority students, even though these students were selected by lottery, rather than on the basis of ability.

A lot could be done to support and expand such schools. But a crucial factor in the success of the KIPP schools is a commitment by the students and their parents to a demanding educational program. No politician or bureaucrat can create that.

Indeed, politicians and bureaucrats have done much that has had the net effect of spreading attitudes that undermine the prospects of using currently available opportunities.

If enough people read and ponder the implications of "Outliers," perhaps that can help begin the much needed process of turning around current counterproductive attitudes toward education and toward life.