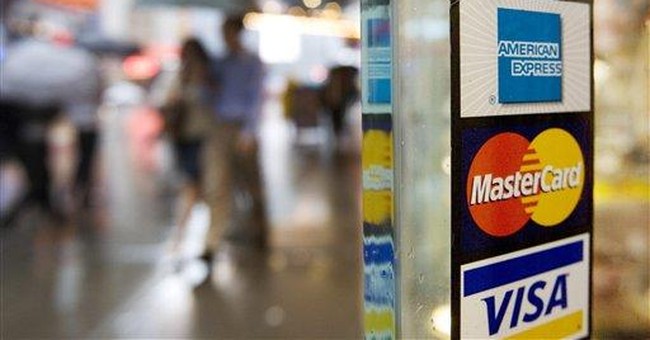 The truest thing that Senator John McCain said during this election campaign is what got him into the most trouble: "The economy is sound."

"Sound" does not mean bullet-proof. Nor does it mean that everything is going wonderfully at the moment or that nothing needs to be done.

You may be as sick as a dog from having eaten the wrong thing. But that does not mean that you need to have your arm amputated or to receive massive doses of morphine. In other words, your body may be perfectly sound-- and radical medical treatment can do more lasting damage than your temporary suffering will.

The political left has always known how to exploit temporary economic problems to create lasting institutions reflecting their ideology. The "progressives" did that during the brief time that America was involved in the First World War, less than a year and a half.

In that brief time, they clamped on all kinds of economic controls and even restrictions on free speech that led to landmark Supreme Court cases.

When the Great Depression of the 1930s brought many of those same "progressives" back to power, led by one of the "progressives" from Woodrow Wilson's administration, Franklin D. Roosevelt, they brought the same mindset to government again, calling themselves "liberals," now that the label "progressives" had been discredited by their previous actions.

By the end of the 20th century, "liberals" had again discredited themselves, to the point where they went back to calling themselves "progressives" to escape their past, much as people do when they declare bankruptcy.

Wars, economic crises and other disruptions all provide opportunities for the left to seize on current problems to create enduring changes in the institutions of society. That is what we are witnessing today.

The media have hyped current economic problems to the point where you might think we were heading for a replay of the Great Depression of the 1930s. They have been dying to use the word "recession" but there is a clear definition of recession-- two consecutive quarters of negative growth-- and we have yet to reach that.

If the meaning of words can be changed to suit political convenience, then discussions become an exercise in futility.

Official data show that the output of the economy in the most recent quarter is down-- by less than one-half of one percent-- but at last the media have one of those two quarters required to qualify as a recession.

Whether they will get the other quarter that they need, in order to start using the word "recession" legitimately, is another story. In fact, the data-gathering process is by no means so precise that we can expect the one-half of one percent decline to hold up, since such statistics often get revised later.

It is not just a question of being able to put scare headlines on newspapers or alarmist rhetoric on television. Such things are just the prelude to massive political "change" in fundamentally sound institutions that have for more than two centuries made the American economy the envy of most of the world.

If the left succeeds, it will be like amputating your arm because of a stomach ache.

It was the left-- the "liberals" or "progressives"-- who led the charge to force lending institutions to lend to people whose credit history made them eligible only for "subprime" loans that were risky for both borrowers and lenders.

It started way back in the Carter administration, with the Community Reinvestment Act, and gained momentum over the years with legal threats from Attorney General Janet Reno and thuggery from ACORN, all to force lenders to lend where third parties wanted them to lend. Now we have a bad stomach ache-- and now the left wants to start amputating the market.