The High Cost of Racial Hype 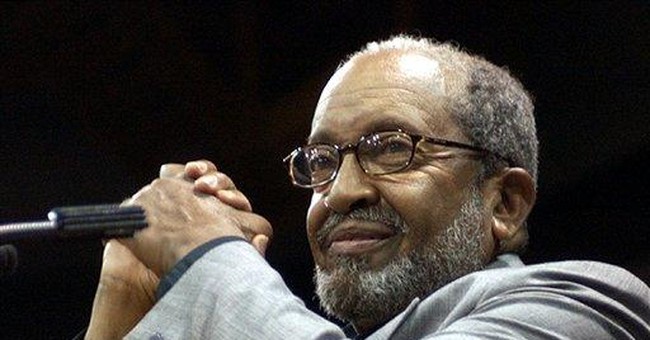 Sometimes you don't know when you are lucky. Certainly I did not consider myself lucky when I left home at seventeen and discovered the hard way that there was no great demand for a black teenage dropout with no experience and no skill.

In retrospect, however, those days of struggling to earn money to pay the room rent and buy food left little time or energy for navel-gazing over things like "identity."

All this came back to me recently when I saw a font-page story about middle-class blacks worrying about their racial identity. There, on the front page of the Wall Street Journal, was a picture of a black teenager whose mother was fixing his bow tie as he was getting dressed in a tuxedo, in preparation for a cotillion.

I never had the problem of wearing a tuxedo to a cotillion, so it was hard for me to empathize with their angst.

When I was that kid's age, I had real problems that taught me real lessons to remember when times got better, not navel-gazing problems that can distract you from reality for a lifetime.

Apparently there are middle-class blacks who spend a lot of time and energy worrying about losing their roots and losing touch with their black brothers back in the 'hood.

In one sense, it is good that there are people who think about others less fortunate than themselves. That's fine but, like most good things, it can be carried to the point where it is both ridiculous and counterproductive for all concerned.

In a world where an absolute majority of black children are born and raised in fatherless homes, where most black kids never finish high school and where the murder rate among blacks is several times the national average, surely there must be more urgent priorities than preserving a lifestyle and an identity.

During decades of researching racial and ethnic groups in countries around the world-- with special attention to those who began in poverty and then rose to prosperity-- I have yet to find one so preoccupied with tribalistic identity as to want to maintain solidarity with all members of their group, regardless of what they do or how they do it.

Any group that rises has to have norms, and that means repudiating those who violate those norms, if you are serious. Blind tribalism means letting the lowest common denominator determine the norms and the fate of the whole group.

There was a time when most blacks, like most of the Irish or the Jews, understood this common sense. But that was before the romanticizing of identity took over, beginning in the 1960s.

Back in 19th century America, the Catholic Church took on the task of changing the behavior of the poverty-stricken Irish immigrants, in order to prepare them to rise in American society. As this transformation succeeded, employers' signs that said "No Irish Need Apply" began to disappear in the 20th century.

The Jewish community likewise made many efforts to change the behavior of immigrants from Eastern Europe, to enable them to better fit into American society-- and to rise in that society.

The Urban League and other black uplift groups made similar efforts to prepare their fellow blacks to rise in American society. In fact, those efforts began to pay off in dramatic reductions in poverty among blacks, even before the civil rights laws of the 1960s.

The unanswered question is why an approach with a proven track record, not only in American society but in various other countries around the world, has been superseded by a philosophy of tribal identity over-riding issues of behavior and performance.

Part of the problem is the "multicultural" ideology that says all cultures are equally valid. It is hard even to know what that means, much less take it seriously as a guide to living in the real world.

Will time and energy spent on rap music and wearing low-riding baggy pants like guys in prison-- as badges of identity-- provide as good a future for young people as learning math, computers and the English language?

Romantic self-indulgence and self-deception are things that some people can afford when they reach the point where they can afford identity angst. But millions of other people will remain mired in poverty if they believe such notions.

Sean Hannity has no fear of a CNN host who looks like a mythical character in a nursery rhyme.
Redstate
Report: Trump dumped acting DNI because he mistakenly thought deputy had secretly briefed Adam Schiff; Update: About Russia trying to help Trump in the election?
Hotair