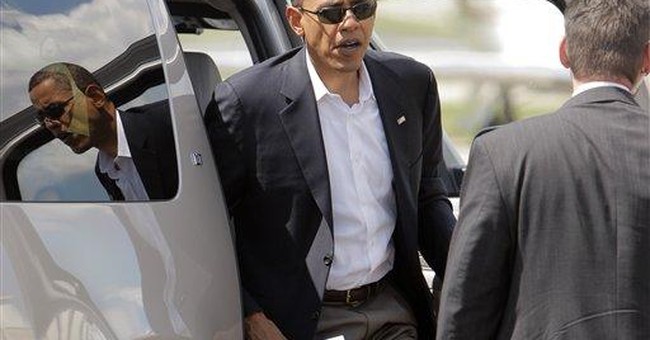 In an election campaign in which not only young liberals, but also some people who are neither young nor liberals, seem absolutely mesmerized by the skilled rhetoric of Barack Obama, facts have receded even further into the background than usual.

As the hypnotic mantra of "change" is repeated endlessly, few people even raise the question of whether what few specifics we hear represent any real change, much less a change for the better.

Raising taxes, increasing government spending and demonizing business? That is straight out of the New Deal of the 1930s.

The New Deal was new then but it is not new now. Moreover, increasing numbers of economists and historians have concluded that New Deal policies are what prolonged the Great Depression.

One of the most naive notions is that politicians are trying to solve the country's problems, just because they say so-- or say so loudly or inspiringly.

Politicians' top priority is to solve their own problem, which is how to get elected and then re-elected. Barack Obama is a politician through and through, even though pretending that he is not is his special strategy to get elected.

Some of his more trusting followers are belatedly discovering that, as he "refines" his position on various issues, now that he has gotten their votes in the Democratic primaries and needs the votes of others in the coming general election.

Perhaps a defining moment in showing Senator Obama's priorities was his declaring, in answer to a question from Charles Gibson, that he was for raising the capital gains tax rate. When Gibson reminded him of the well-documented fact that lower tax rates on capital gains had produced more actual revenue collected from that tax than the higher tax rates had, Obama was unmoved.

The question of how to raise more revenue may be the economic issue but the political issue is whether socking it to "the rich" in the name of "fairness" gains more votes.

Since about half the people in the United States own stocks-- either directly or because their pension funds buy stocks-- socking it to people who earn capital gains is by no means socking it just to "the rich." But, again, that is one of the many facts that don't matter politically.

What matters politically is the image of coming out on the side of "the people" against "the privileged."

If you are a nurse or mechanic who will be depending on your pension to take care of you when you retire-- as Social Security is unlikely to do-- you may not think of yourself as one of the privileged. But unless you connect the dots between capital gains tax rates and your retirement income, you may fall under the spell of the well-honed Obama rhetoric.

That's their problem. A politician's problem is how to look like he is for "the poor" and against those who are "exploiting" them. The facts are irrelevant to maintaining that political image.

Nowhere do facts matter less than in foreign policy issues. Nothing is more popular than the notion that you can deal with dangers from other nations by talking with their leaders.

British Prime Minister Neville Chamberlain became enormously popular in the 1930s by sitting down and talking with Hitler, and announcing that their agreement had produced "peace in our time"-- just one year before the most catastrophic war in history began.

Senator Obama may gain similar popularity by advocating similar policies today-- and his political popularity is what it's all about. The consequences for the country come later.