Terry Paulson
|
Posted: Feb 01, 2021 12:01 AM
Share   Tweet
The opinions expressed by columnists are their own and do not necessarily represent the views of Townhall.com. 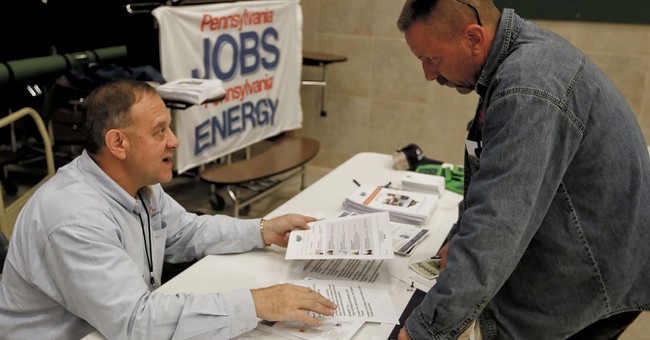 In America today, it is way too tempting to spend all our time attacking or celebrating the presidents we support. People seem to either hate Donald Trump or hate Joe Biden. We are locked into attacking or promoting presidents, not the principles or program priorities we believe will ensure the future for this amazing country. Yes, “Elections have consequences,” but because we vote for presidents over principles, we don’t often know what presidents will do until they get elected.

Whoever Republicans put up for election in 2024, and even for House and Senate seats in 2022, we need to challenge them to actually tell us what their priorities and principles will be once they get there. In the 1994 election, the GOP gave us their Contract with America. You knew where they stood. They took a stand, and it gave them victory and a roadmap for action once they got there. They delivered.

We need less personal attacks and more discussion of the policies and program priorities that matter. Neither President Biden or President Trump are our saviors. It’s American citizens who matter most. We deserve to be informed on what politicians stand for and how it will impact our lives. We deserve more clarity, understanding, and discussions about the implications of their actions.

One clear difference between the right and the left: How do you define what it means to care? There is so much tied up in that one question. America has always been described by our faith, our giving spirit, and how we care for our neighbors and our communities. But more and more, how we define what needs to be done to “care” can seriously divide us.

To Democrats, conservatives are called “mean-spirited,” “uncaring,” and “selfish.” They too often see self-reliance, capitalism, and personal responsibility just manifestations of “white privilege.” They are outdated and leave so many out of the “American Dream.” Democrats define caring as another government entitlement that can level the playing field and provide more equal results to all citizens. The new word stressed in the Biden administration is “equity,” not the traditional promise of “equal opportunity.” As a result, they push for more programs to help their special interest groups and minorities who warrant a “fair” share of America’s wealth. They want quality healthcare for all, a guaranteed monthly income, food sufficiency, and a basic standard of living whether you have earned it or not. It is a new “right” defined by the left because we are the richest country in the world.

The conservative understanding of what it means to care takes more words to explain. But Ronald Reagan had a way of simplifying what matters most. He would say, “We should measure welfare’s success by how many people leave welfare, not by how many are added.” We are the richest country in the world because people are free to earn their dream and keep most of what they earn.

The cost of government dependence is more than what shows up in the federal and state budgets. Trillions are spent, but you also take away personal dignity. You stop believing in your citizens' abilities to make their own way, to solve their own problems, to rely on family and communities to temporarily help until they can get back on their feet. We should never settle for dependence when we want to empower people to use their own gifts and drive to live the life they want. Earned success and pride do not come from another entitlement.

When you train people that they are victims that cannot make it without help, not survivors who can bounce back from anything, you make people settle instead of dream. They begin to think they are owed a certain standard of living. The more entitlements you bestow, the more entitlements need to be created to satisfy their growing “needs.”

And then, finally, you get to the point that you can’t get off the government reservation. You realize that you can make more money being poor and taking government support than you can by working your way to self-sufficiency. A minimum wage is not enough to make it. If you try to get a job, they cut your benefits. When you get a raise, they cut it again often reducing your monthly income—income you need to take care of your family. It pays to be dependent.

A minimum wage was never supposed to be enough. It was often starting pay that forced you to aspire, learn, work hard, and earn the raises you deserved. People who struggled got charity from family and local community agencies. People helped others through tough times. Now, we expect government to do that.

Non-profit charities are judged on how effective they are in getting donated funds to the people who need it. Government is less efficient, and taxes often support bigger government and unnecessary bureaucracies. When the private sector loses jobs and businesses during a pandemic, their lives are ruined. Not a single government job or salary is lost.

In addition, government agencies and support are impersonal and involve layers of bureaucracy. They are not as effective as local agencies in isolating the specific needs, avoiding being conned, and finding the best way to help. Their help is personal instead of bureaucratic.

When you give to charity out of your desire to help, you are sacrificing your own money. You pay a price for your commitment to care. When you elect politicians who promise to help the less fortunate, you are, in most cases, voting to have your wealthier neighbors pay for your charity. That’s right. Democrats love to say that the wealthy do not pay their fair share, but the latest federal tax numbers indicate that the top 1% earn 21% of America’s income and pay 38.5% of the total federal income taxes. The bottom 50% of wage owners pay only 3% of the federal taxes received. To elect politicians who take from your neighbor to do your caring is far from noble. It’s closer to legalized robbery.

There is a certain humility that comes from receiving aid from a non-profit. You know people had to sacrifice to help you. You are thankful. You hope that one day, you will be successful enough to pay your share in helping others who will need the same help you received.

Entitlements make you feel like you are owed support. America has always been a place we were free to pursue happiness, success, and financial security. We have too many looking to Washington for the answer to their plight instead of looking in a mirror and getting busy finding a way to secure their own success and self-sufficiency. You don’t like it when your own children won’t leave the nest, find a job and support themselves. Why do you feel it’s right for our country to do that for those who do not bounce back from tough times to earn their own way?

Conservatives are likely to embrace the powerful statement by President John Kennedy, "Ask not what your country can do for you. Ask what you can do for your country." That starts with carrying your own weight and expecting others to bounce back and do the same.