We Have and Will Get Through This

Terry Paulson
|
Posted: Apr 06, 2020 12:01 AM
Share   Tweet
The opinions expressed by columnists are their own and do not necessarily represent the views of Townhall.com. 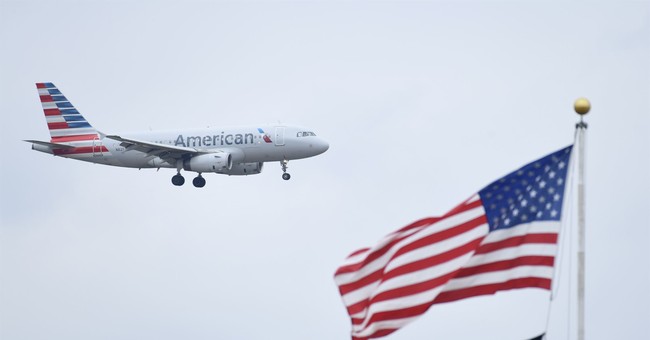 History has a way of repeating itself. In difficult times, American history lets us know that we’re not alone in having to contend with wars, disasters, and pandemics. Past generations found a way through even the most difficult of times. In fact, being only forced to stay home in relative luxury, my complaints seem hollow compared to what our ancestors faced.

In rereading the memoir of my wife’s grandmother, Audrey Jacobi, I found an unexpected gift. Audrey’s father was a splicer for Bell Telephone at the time of the Spanish Flu. Because the phone company would send him wherever his skills were needed, he was often gone for six months or more at a time. They lived near family to ensure necessary support.

At twelve years old, Audrey was forced to help her sick family when the Spanish flu struck. She described the frightening experience: “In 1917, the terrible flu epidemic hit. Mother, my sister, and two brothers were all down at one time. My oldest brother Harry was in the service. We added a second bed to the living room, so I could keep the heater going to keep them warm. We’d shut off the rest of the house. My sister, brother, and I would share one bed at night. I had chores to do—hogs, chickens, cows to feed and milking. I hadn’t seen my father in almost a year, and I wrote him that they were all sick. Our neighbors wouldn’t come near, but some of them brought hot food and would put it by the front gate, then leave. I would go pick up the meals. But that wasn’t very often. Many of our neighbors were sick, and many died.”

There was no government stimulus package, no community agencies, just your neighbors and your faith community. My father lived hours away from Audrey, but the difficult times in his memoir were similar.

Homer Paulson remembered his parents talking about the flu and how the lessons learned helped during the great Depression that came years later. Their small farm was in Kirkland, IL, a town of no more than 2,000 souls. They had three churches, one tavern, one café, a library, one bank, one grocery store, and little else.

As a farming family, they were used to preparing for the tough winters every year. They had chickens for eggs and cows and pigs for meat. Their big summer gardens and fruit trees produced many of their reserves. Dad’s mother Vera would can everything. They’d store potatoes that they had almost every meal, either cooked or in potato soup. They had 100 quarts of tomatoes in their basement food cellar along with barrels of apple cider from their orchard. They’d sell the eggs and cider to buy other needed supplies. Because they prepared, they never starved. But in the bad years, their meals were similar and many times meager.

Helping others less fortunate was expected. It came at a cost, but you did what you could, because communities cared for their own. My dad described it well:“To complicate things, mom’s brother, Herman, was out of work and did not have the resources to feed his family. His children came to live with our family for weeks at a time. Our pastor, Rev. Trued, had four children. Mother and Dad would have them come out and stay often to help the pastor get by. All of these extra mouths made it all the harder to makes ends meet. We had a large home, so we could always give them a place to sleep. I can remember that we had to use some old, used books for our classes in school because dad could not afford to buy new ones. During that time, we did not get any new clothes, and we were barefooted most of the time. I don’t remember anyone complaining.”

Reading of their challenges reminds me how blessed we are. We have technology to keep connected to family and friends, entertainment on TV and the Internet whenever needed, and available markets and food deliveries for our necessary supplies. The early hoarding and lines seem to have improved. As with past generations, the COVID-19 Pandemic will change all of us.

My dad saw that in his generation: “Those tough times had long-term effects on us all. … There aren’t many still living that went through those difficult times, and it changed the way we lived the rest of our lives. I think you have to be somewhat conservative, if you lived through it. You know the importance of saving for a rainy day and paying for things in cash instead of getting in debt. I also have to believe that a strong faith in God helped my folks and our family through it all.”

What have we learned so far from the Great COVID-19 Pandemic of 2020? I’ve learned that faith matters. Having a backup supply of food and other essentials matters. Staying connected to family and friends matters. The support and protection of healthcare professionals, non-profit charities, and local, state and federal governments matter. Taking care of your neighbors makes community come alive.

Yes, we must deal with the pandemic reality we face but nurture your hope. Like past generations of Americans, we will get through this and be better and wiser as a result.