Terry Paulson
|
Posted: Feb 11, 2019 12:01 AM
Share   Tweet
The opinions expressed by columnists are their own and do not necessarily represent the views of Townhall.com. 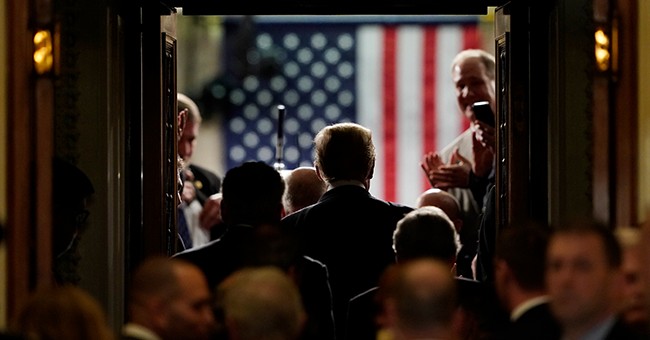 President Thomas Jefferson cautioned: “What is necessary to make us a happy and prosperous people? A wise and frugal government, which shall restrain men from injuring one another, which shall leave them otherwise free to regulate their own pursuits of industry and improvement and shall not take from the mouth of labor the bread it has earned.” Instead of taking the wealth of the rich, citizens should try using their good old American work ethic. It’s that drive over two centuries that has made America the most respected and prosperous country in the world.

Socialism has never worked, but politicians like Vermont progressive Sen. Bernie Sanders keep trying: "It is time for our country to join every other major industrialized nation on earth and guarantee health care to all citizens as a right, not a privilege."

CNN’s Jake Tapper asked Sen. Kamala Harris directly, “Correct me if I'm wrong, to reiterate, you support the Medicare for all bill.” Her simple answer was clear, “Correct.”

In an interview, Rep. Alexandria Ocasio-Cortez explained, “People are going to have to start paying their fair share in taxes.” Democrats vying to become their 2020 presidential candidate are calling for universal health care. Even Ocasio-Cortez’s plan to raise the top tax bracket to 70% won’t come close to covering the cost.

To many Democrats, socialistic entitlements are more than a right. They are a moral obligation. Americans support charity and caring for the less fortunate. But if it truly is a “right” and a “moral” obligation to ensure the health of all, that obligation doesn’t stop at our borders. The World Health Organization calls for universal healthcare “ensuring that all people have access to needed health services of sufficient quality to be effective while also ensuring that the use of these services does not expose the user to financial hardship.”

Do the top 1% rich world citizens have a moral obligation to pay 70% of what they make to cover the world?The “top 1%” of the world’s rich must be an exclusive club with money to spare. According to the Credit Suisse Global Wealth Report 2018, the top 1% of adults account for more than 47% of household wealth globally. But surprisingly, The Global Rich List indicates that an income of a mere $32,400 a year puts you in the top 1% worldwide.

If Americans in the top 1% worldwide had to pay 70% of their income to meet the moral obligation of providing universal healthcare, the attractiveness of “free healthcare for all” would lose its luster.

Adding millions to the Medicare program that’s expected to go bankrupt in decades is folly. It’s fraud. Promising “free” anything is always popular in campaigns. As George Bernard Shaw quipped, “When you rob Peter to pay Paul, you can always count on the support of Paul.”

Some truths are best said with humor: “I remember back when a liberal was someone who was generous with his own money.” It’s time to put a stop to unfunded entitlements and bring back personal responsibility balanced with community charity and caring. It’s local governments, families, friends, faith communities, and non-profits who are best at working together to help their neighbors. Depending on big government to do the caring while looking the other way from those in need is not American. Neither is electing politicians who will take from the rich to do your caring.

America’s republic was created to protect citizens from the heavy-handed overreach of government. May America always choose freedom over “free” entitlements at the expense of our successful neighbors.

The White House's Stunning Response to the Death of More Than 40 Illegal Immigrants in Texas
Townhall
Gay man calls down the THUNDER on Lefties for 'destroying equality for us' in amazing 'message to the Left'
Twitchy
Pelosi's Response About Pushing Mayra Flores' Daughter Makes It Worse
Redstate
The Morning Beefing: I Have Beef With Liberal Lies About What Abortion Really Is
PJ Media