Terry Paulson
|
Posted: Apr 16, 2018 12:01 AM
Share   Tweet
The opinions expressed by columnists are their own and do not necessarily represent the views of Townhall.com. 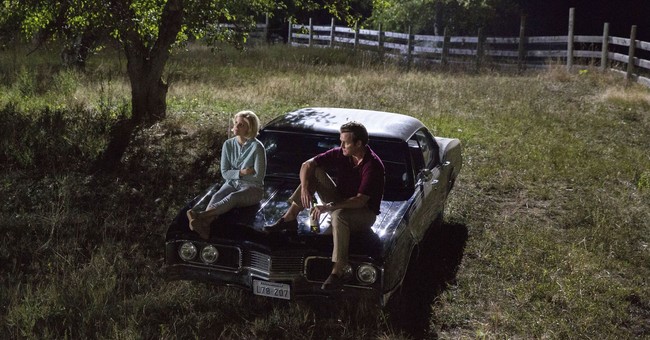 The new drama “Chappaquiddick” captures the agonizing series of choices that resulted in Senator Kennedy’s biggest scandal. Kennedy’s tragic accident on Chappaquiddick Island in the summer of 1969 resulted in the death of Mary Jo Kopechne.

The drama’s focus is less on the accident and more on the Senator’s actions after leaving the scene of the crash and failing to report the accident for 10 hours. Yes, Senator Kennedy was a Democrat, but the movie is less about any one party. It’s more about the absence of character and poor judgment. It shows how protecting one’s reputation and minimizing political damage can cloud the importance of doing what’s right.

On July 20, 1969, while the world was preoccupied with Neil Armstrong stepping into history by leaving the first human footprints on the surface of the moon, Ted Kennedy was busy finding a way out of a terrible accident that could end his political career. The movie built the script around the inquest investigation conducted after the accident. But it’s far too easy to get stuck in the rearview mirror of history and stay there.

As a Republican, it’s tempting to shout “Those Kennedys!” or “Those Democrats!” But with Watergate on the horizon resulting in Nixon’s fall from grace, no party has a lock on political deception and political spin designed to sell the story line they want citizens to believe. “Potomac Fever” strikes both parties; truth and integrity take a back seat to political spin. The fact remains that it’s wrong no matter which party does it.

If the negative media onslaught President Trump has faced was unleashed on Senator Kennedy, he would have been forced out of office and never served again. The “Lion of the Senate” would have been sent to pasture with a whimper, not a roar. In fact, he might very well have faced jail time for manslaughter.

There’s a reason politicians no longer get away with such poor choices. Things have changed! The media giants, ABC, CBS, and NBC, no longer control the access to news. With the proliferation of cable TV and the Internet, if you want to find fault with any politician, go no further than partisan Facebook posts. There’s no doubt that the liberal mainstream media would prefer to take down Republicans, but, clearly, coverage of Democrat wrongdoing has impacted elections. No matter the source, the coverage of Hillary Clinton’s emails undoubtedly made a difference in President Trump’s victory.

Unfortunately, the result is that Americans are losing trust in all of our politicians. Far too many say, “Pox on both their houses!” It’s the extreme statements that get shared! Special counsel Mueller is described as a rabid Democrat selecting only Democratic operatives searching for anything that will take Trump down. And, of course, President Trump is characterized as a narcissistic blowhard who is ruining America and should be impeached. The spin masters from both parties use Twitter, social media, and supportive political pundits from their favorite political cable channels—CNN, CNBC or Fox News—to spin what they want us to believe.

But how do we find the truth? Are we even capable of admitting that our own party has made mistakes or needs to adjust its policy priorities? Is it even possible that we find a way to come together in finding a workable solution that could actually make a difference?

Peter Leyden in Medium has warned, “There’s no bipartisan way forward at this juncture in history…. One side must win.” Unfortunately, winning can be short-lived. If changes are too conservative or too liberal, it fuels the campaigns of the party out of power. America desperately needs less spin and more problem solving from both parties.

Winning by playing dirty, spinning, attacking, or blindly defending our own positions, fuels resistance. Losers don’t just get mad; they get even. But true change will never happen until citizens demand it. Both sides must be able to confront their own.

If President Trump has committed collusion and evidence exists to convict him of a crime, he should resign or be forced from office. President Nixon left office not because of Democrats; Republicans had made it clear that if charges proved to be true, they would join in the impeachment vote. Can we confront our own on either side of our political divide? America’s future depends on that.

As of now, President Trump has not been charged with anything criminal. If he is not charged, it’s time to end the special counsel’s investigation. If Trump is charged, he should face proceedings to prove whether he is guilty as charged.

At the same time, there is no room for blanket resistance. President Trump won the election and has accomplished many of his campaign promises. Support where you can and fight against where you must. Instead of resisting every policy, be more selective. If you want change, find, fund, and promote candidates to reverse the course President Trump has taken.

Remember, there are no perfect candidates or presidents. They only exist in campaign ads. Support the candidates and principles that you most agree with, but let’s demand that politicians stop spinning and parties stop demonizing those they disagree with.