A Unifying Contract with America

Terry Paulson
|
Posted: Mar 04, 2016 12:01 AM
Share   Tweet
The opinions expressed by columnists are their own and do not necessarily represent the views of Townhall.com. 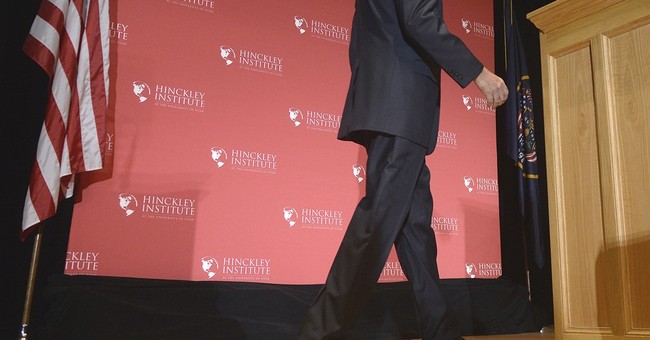 As the march to the GOP Convention continues, Donald Trump remains the frontrunner having won a majority of the state primaries. Both Ted Cruz and Mario Rubio have also tasted victory, but remain far behind in delegates secured. All have talked about being the unifying candidate who can bring Republicans together in November. After one of the most divisive races in decades, finding unity after all of the personal attacks and brutal ads will be a difficult challenge for whichever candidate receives the eventual GOP endorsement. With anger toward the Washington establishment driving more and more of the voters, you can just hear the shouts coming from the losers—“If it’s not my man, I’m staying home!”

At a time when the media is focusing almost entirely on the latest personal attack and outrageous comment to define the evening news and fuel talk show discussions, principles and policies take a distant back seat to personal preferences on candidates. By allowing this to continue, we risk losing sight of the main goal—winning in November to put a stop to the destructive liberal “transformation” President Obama has unleashed on America. Another four years with a Democrat as President is a nightmare that should keep Republicans up at night searching for an answer that truly will unite the party.

At a pivotal point in America’s history, former House Speaker Newt Gingrich challenged Republicans in Washington to create a “Contract with America” laying out a blueprint of actions that they promised to do if given the victories they needed. On Fox News, House Speaker Paul Ryan has shared a similar plan, “We’re working to provide a bold conservative agenda, one that is based on the principles our country was built on and applied to the problems of today.”

Instead of sitting back and waiting for a presidential candidate blood-letting to destroy their chances for victory in November, it’s time for Sen. Mitch McConnell to join Ryan in creating a new “Contract with America.” The promise would be clear— Give us a Republican President we can work with, and we’ll pass the following slate of bills in the first 100 days of his administration for him to sign into law.

There’s a debate question worth asking the GOP candidates who remain in the race—“If you could work with the Senate and Congress to create a ‘Contract with America’ to unify the party, what three specific actions would you want to make sure are included in that contract?”

How do you regain trust once lost? You build a history of promising and delivering on what you promise! It’s clear that many Republicans are disappointed in the politicians who they have sent to Washington. They can’t earn back that trust with sound bites; they must actually deliver on those promises. A “Contract with America” will put the focus back on principles and policies worth endorsing. It will force candidates to address what promises they will actually support if elected.

Ten years ago, I used an email list of registered Republicans and asked them to identify three core values that they felt united our party. No list was given. They had to take the time to write their own list. Although stated in different ways, the following six core principles were listed as unifying values in this order:

1. Stand for Smaller Government & Less Government Intervention/Regulations (51%)
2. Be a Force to Lower Taxes (41%)
3. Promote National and Homeland Security (37%)
4. Help Sustain the American Dream Based on Personal Freedom and Responsibility (37%)
5. Promote Educational Excellence to Leave No Child Behind (32%)
6. Foster a Sound, Free-Enterprise Economy (27%)

No other principle or issue appeared in even 10% of the emails received.

There’s a timely need that must be added. With the passing of Supreme Court Justice Antonin Scalia, choosing his replacement will be another critical issue in November. Republicans would want a President who would select a justice who would mirror Justice Scalia’s unwavering support for our founding principles viewed through the lens of originalism, which states that the Constitution’s meaning does not change or evolve over time.

How do these principles match up with your priorities for the Republican Party? What promises would you want to see in a new “Contract with America?”