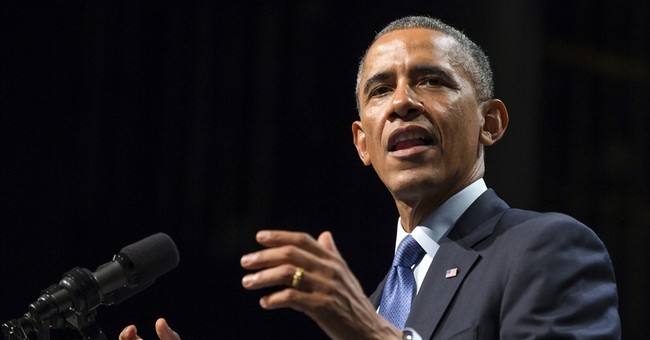 Liberals keep trying to “transform” America to "level the playing field" and “close the gap” between the rich and the poor. They fail to appreciate that it’s America’s free-enterprise system they detest that established the freedoms and built the economic opportunities they now enjoy.

Like America itself, some of those dreams crash and burn; others launch exponential growth, profits and jobs. Throughout our history, riches have been made and lost, jobs and careers have thrived then disappeared. The economist Joseph Schumpeter's calls such progress—“Creative Destruction.” Capitalistic progress is always messy. The stream of innovation, success, and failure produces unequal results, but it’s helped create the highest standard of living history has ever known for rich and poor alike. The gap between the poor in America and most of the world should initiate parades of praise.

Kevin O'Leary, "Shark Tank" host and author of The Cold Hard Truth on Men, Women and Money, might lead that parade: "We vilify the creation of wealth, and we vilify capitalism. It's become very unpopular to talk about successful people. It is not fantastic to be poor, and I don't like disparity in wealth or poverty. These are all bad things, but let's celebrate the facts. If you look back at the last 30 years, 42% of the world's population was in desperate poverty. today, that's 17%. Thank you capitalism; that's what made that happen. If you go back to 1900, 70% of the world's population was illiterate. Today, that's 17%. Thank you capitalism, thank you. Let's celebrate what's working, and our metrics and numbers are showing us that capitalism works."

Instead of celebrating and supporting free enterprise, the Obama administration has over-regulated it, over-taxed it, and burdened it with the cost of implementing his “Affordable” Care Act. For the 6 million small businesses in America, there were 2,800 new regulations passed just last year to make their life tougher.

The liberal’s anti-capitalism war on business hurts the very people they claim to fight for. A 2014 survey of 1,153 U.S. Adults by the Rutgers University John J. Heldrich Center found that 20% of U.S. workers have been laid off in the past five years. Of those, 22% still haven’t found another job. Nearly 40% said it took more than seven months to find employment, and about 20% had to settle for a temporary position. Almost half of the estimated 30 million layoff victims who found new jobs have been paid less. When you kill the golden geese; there are no eggs to harvest.

President Herbert Hoover loved to remind Americans: “We have heard much in the past few months about the common man. I have great devotion to them for out of them arises the uncommon man.… We believe in equal opportunity for all, but we know that this includes the opportunity to rise in leadership—in other words to be uncommon.”

Adam Smith's Wealth of Nations argued that because humans are inherently self-interested and human decision making is driven by the rational weighing of costs and benefits, our free-market actions tend to serve the common good. In The Theory of Moral Sentiments, Smith asserts that cooperation, generosity and profits can and do coexist.

Self-interest coupled with customer and community support is what has made America great. Greedy capitalists exist, but there are far more greedy people who want government to take those who’ve earned success and give it to them. The November election provides a chance for voters to send enough “uncommon” GOP leaders to the Senate so that free-enterprise solutions already passed by the House of Representatives will finally be considered. Let’s bring back an America that works!