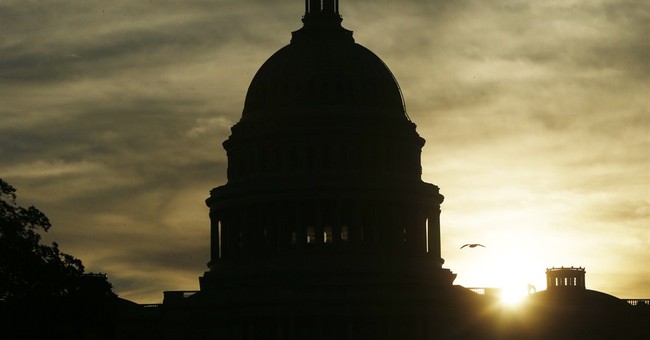 With the distractions of Christmas sales, turkey dinners, big games, and the continuing Obamacare rollout disaster, you may have missed a critical Senate decision that changes our government in a way our Founding Fathers would never have supported.

On November 21st, by a 52-48 vote, Senate Democrats exercised the so-called "nuclear option" ending the ability of the minority party from using filibusters to block Presidential judicial and executive appointments.

Once passed, Democrats quickly acted to end a filibuster against one of President Obama's federal appeals court nominees. President Obama supported the action because of "an unprecedented pattern of obstruction in Congress...for the sake of future generations, it cannot become normal."

Why should you care? The Senate filibuster protects the rights of Senators to debate legislation and appointments. Because of Senate Rule 22, Senators have enjoyed the right to unlimited debate on legislation or a nomination unless a Senate majority could muster three-fifths of Senators to end debate. The high bar of 60 votes to end a filibuster helped realize the Founders’ intent that the Senate slow the legislative process “to ensure due deliberation and inquiry.”

The Founding Fathers never wanted the Senate to mirror the House's ability to pass laws by a simple majority. Thomas Jefferson and James Madison saw the Senate as “the great ‘anchor’ of the government” that would cool the passions of the House of Representatives. George Washington told Jefferson that the framers had "created the Senate to cool House legislation just as a saucer was used to cool hot tea.”

Until now, both parties had just flirted with eliminating the filibuster. Making it easier for the majority party to shut down debate and exercise their will is tempting, but cooler heads had always prevailed.

Unfortunately, the Senate Democrat's decision will lead to even less transparency, rushed debates, and a decrease in the ability of minority positions to influence the deliberative process. Because Democrats can shut down debate faster, Americans will have less time to study the implications of any appointments and communicate their views to their representatives.

Democrats have limit the use of a simple majority to the President's executive and judicial appointments and have exempted Supreme Court appointees. Minority Senators will still be able to filibuster legislation, but what is to stop the Democrat majority from taking more power?

We've seen what one party with a simple majority can do to manipulate Senate rules in passing the "Affordable" Care Act. Democrats passed it by a simple majority without voters knowing what nightmares it would unleash.

In 2005, Senate Democrats argued against the "nuclear option" when they were in the minority. Senator Obama used the filibuster against one of President Bush's circuit court appointments. These comments should haunt Democrats now:

"The right to extend debate is never more important than when one party controls Congress and the White House. In these cases, the filibuster serves as a check on power and preserves limited government." -Senate Majority Leader Harry Reid

"The nuclear option is a bridge too far. You have to restrain yourself, Mr. President!" -Sen. Hillary Clinton

"This nuclear option is an example of the arrogance of power.... I pray to God that when the Democrats take back control that we will not make this kind of naked power grab that you are doing." -Sen. Joe Biden

Senate GOP leader Mitch McConnell recently observed: "The Democratic playbook of broken promises, double standards and raw power - the same playbook that got us Obamacare - has to end. It may take the American people to end it, but it has to end."

True liberty demands that minority positions have their day. Difference, deliberation, and dialogue are sorely needed in Washington. In November, American voters will be able to end this power grab by returning the Senate to GOP control. Integrity demands that the GOP then extend Rule 22 to once again cover appointments, ensuring Democrats the filibuster right Democrats have now denied Republicans.