Time to Apologize for Future Generations 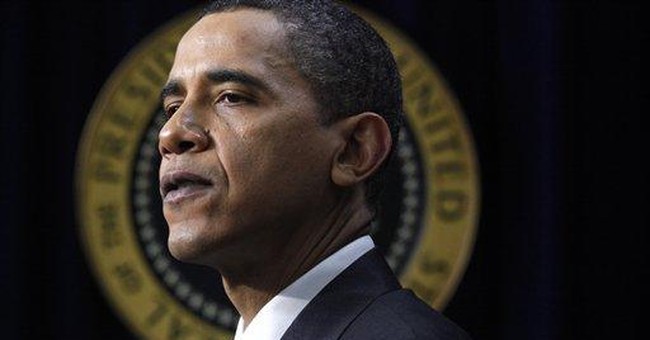 It took nearly 150 years for Congress to pass a resolution apologizing for slavery. We should apologize now to future generations for what we’ve done and are doing to America. Though our generation’s motivation was compassionate, we’re leaving America worse.

They called the World War II generation “The Greatest Generation.” They survived the Great Depression by becoming resourceful and forging strong bonds of family and community. Thousands died fighting tyranny and securing liberty for others. Workers had no 401Ks and no paid health insurance. Citizens took pride in personal achievement, treasured their faith, families and freedom. They were good parents, balancing a healthy dose of discipline with loving support. They didn’t brag about what they did; they just got busy taking responsibility for their own lives. They wanted a government that would leave them alone, not take care of their every need.

Their offspring wanted their children to want for nothing. Supported by Dr. Spock, many parents stopped the lectures and disciplined less, shielded their children from failures and poured on affirmations to boost their “fragile” self-esteem. They allowed religion to be taken out of schools. By failing to teach strong values, too many parents left their children’s values development to television and Hollywood. They wanted only peace, not war. But it didn’t stop there.

We continue to vote for indulgent politicians. Prior to World War II, the cost of government never exceeded a few hundred per American citizen in today’s dollars. Now, government costs over $13,000 per citizen. Instead of promoting personal responsibility, freedom and free-enterprise opportunity, our “nanny-state” fosters dependence, promotes victim thinking and entitlement programs, and micro-manages every facet of our lives. Politicians, Democrats and some Republicans alike, have given us what we demanded—more spending to meet our every need!

Unfortunately, since we keep adding more entitlements and refuse to pay as we go, we leave no inheritance of opportunity, just a horrendous, out-of-control debt. Our current deficit is over $12 trillion, but that’s just what politicians will admit. Former U.S. Comptroller General David Walker estimates the total “unfunded liabilities” at $56.4 trillion. That’s the bill to pay off the publicly held portion of the national debt and all the benefits already promised through Social Security, Medicare and other welfare programs minus what will be collected for these programs under existing tax laws.

Because there is no reserve fund for these liabilities, any shortfall is taken out of general tax receipts unless politically difficult changes are made. In 1946, 42 workers were available to support the cost of each Social Security recipient. Without changes, by 2030, there will be only two workers to support each retiree.

Unfortunately, instead of facing these growing costs, our Washington politicians are busy creating greater dependence and more debt. Whether it’s cash-for-clunkers, bailouts of companies “too big to fail,” or funds to keep states afloat, they’re printing money faster than they can find investors willing to purchase Treasury notes.

It’s no wonder that on his recent trip to China, President Obama warned, “It is important though to recognize if we keep on adding to the debt, even in the midst of this recovery, that as some point, people could lose confidence in the U.S. economy in way that could actually lead to a double-dip recession.” Whether it’s another recession or an anemic recovery, America is not returning to economic health any time soon unless we change course. We need smaller government, not more entitlements. We need to return to the policies and incentives that have helped America bounce back and create jobs in past recessions.

Instead of making an apology, we can still change the future, but politicians won’t cut costs or eliminate expensive entitlement programs unless more citizens demand it. Now is the time for all generations to tell our Senators and Representatives to stop this madness. Stay informed by visiting www.townhall.com and exercise your citizenship by making a difference on healthcare using the resources and links at the National Center for Policy Analysis (www.ncpa.org).

Like Boy Scouts who work to leave the wilderness better than they found it, every generation should leave America better for having lived. Leaving future generations the bill for our excesses doesn’t leave a legacy we can be proud of!

Trump Has His Eyes on 'One of the Highest Priorities' for Primary Races
Townhall
White House official admits that Biden-Harris administration 'had a plan from the beginning' for migrant minors
Twitchy
Video Shows BLM Protesters Trapping Motorists and Brandishing Guns, What Police Do Has People Talking
Redstate
'I Thought I Was Going to Die' – Man Held at Gunpoint and Beaten by Portland's Antifa/BLM Terrorists Talks From Hospital Trauma Center
PJ Media