Who Do You Want as Commander in Chief? 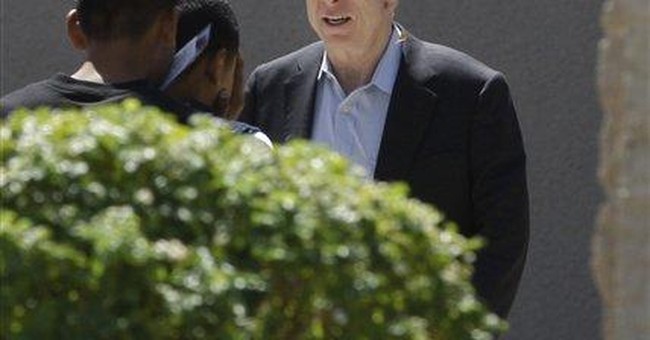 Our Founding Fathers enshrined in our Constitution our government’s commitment to “provide for the common defense” designating the President as the “Commander in Chief.” Defending and preserving our country is a responsibility every president must fulfill. One’s fitness for that role should be a key factor in your presidential choice.

Last October, Barack Obama provided a concise statement of his defense priorities in a video for Caucus4Priorities. Obama’s major points include:

“First, I'll stop spending $9 billion a month in Iraq. I'm the only major candidate who opposed this war from the beginning. And as president I will end it.”

“Second, I will cut tens of billions of dollars in wasteful spending. I will cut investments in unproven missile defense systems. I will not weaponize space. I will slow our development of future combat systems. And I will institute an independent ‘Defense Priorities Board’ to ensure that the Quadrennial Defense Review is not used to justify unnecessary spending.”

“Third, I will set a goal of a world without nuclear weapons. To seek that goal, I will not develop new nuclear weapons; I will seek a global ban on the production of fissile material; and I will negotiate with Russia to take our ICBMs off hair-trigger alert, and to achieve deep cuts in our nuclear arsenals.”

“I don't switch positions or make promises that can't be kept.” He ended with a questionable assertion, “As president, my sole priority for defense spending will be protecting the American people.”

In George Santayana words, “Those who cannot learn from history are destined to repeat it.” Adolf Hitler used overwhelming military strength attempting to break the will of free nations.

For Hitler, Denmark was a border nation he needed to control. While attacking outmanned Danish troops at the border, the German ambassador to Denmark, dispensing with diplomatic niceties, demanded that the Danish Foreign Minister end all Danish resistance. As frantic diplomats pleaded, several formations of German bombers roared over Copenhagen dropping leaflets promising to bomb civilians. With no way to resist or fight back, the Danish government surrendered retaining political “independence” over domestic matters.

Military weakness has always been provocative. Unchecked evil advances until someone stops it. In a post World War I era, Denmark found a strong military unnecessary. It took the combined will and forces of the English-speaking Western world and Russia to put an end to Hitler’s dream of world domination.

They say that the winners write history. They do, unless they have “politically correct” schools that refuse to provide an accurate history of the positive role war has played in securing freedom! Whether Barack Obama acknowledges it or not, war is a reality of the human condition and, sometimes, is the answer!

With more rogue countries and terrorist groups capable of attacking our homeland and vital global interests, America, must be ready to defend freedom here and abroad. Secure peace comes most often through strength and diplomacy. John McCain realizes that the Iraq war is a war we must win. When victory and a secure Iraq are within our grasp, Obama’s preemptive retreat is not the answer.

As former Secretary of Defense Cap Wienberger warned, "You don’t just go out to the store and buy high-tech weapons on the day you need them." We must continue to walk softly in diplomatic circles but continue to carry a technologically-advanced stick that keeps us one step ahead of our worst enemies. Such strength requires a significant investment and committed leadership.

Our founding fathers knew the importance of military strength. When, at the Constitutional Convention, it was proposed to limit the U.S. standing army to 5,000 men, George Washington responded requesting a clause that would limit the size of the invading army to 3,000 troops. Laughter followed, and the proposal was dropped.

John McCain is the leader America needs to handle the security challenges we will face in the years ahead. He’ll work with Iraqi and Afghanistan leaders to maintain momentum, win the war and send a lasting message to our terrorist enemies.

The United States wants no empire; it wants to stand for freedom and with countries who want to secure it. When should our men and women come back—when the job is done and they want us to leave! McCain is the only candidate committed to doing just that! Elections do matter.