Did Putin Persuade You to Vote Against Hillary?

Terry Jeffrey
|
Posted: Jul 25, 2018 12:01 AM
Share   Tweet
The opinions expressed by columnists are their own and do not necessarily represent the views of Townhall.com. 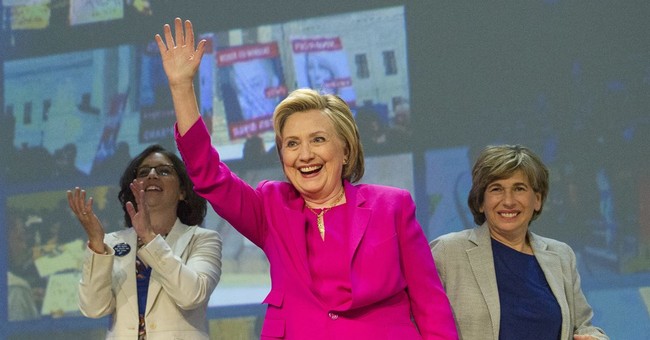 "We all know the Russians interfered in the last election and the question is: Are they going to do it again?"

That is what Senate Majority Leader Mitch McConnell said Tuesday before he laid down a red line: "They better not do it again."

On July 31, 2016, the FBI started its investigation of Russian involvement in the 2016 election. The FBI team running that investigation had one remarkable characteristic: many had just finished working together on "Midyear Exam," the FBI investigation of Hillary Clinton's use of a private email server as secretary of state.

Their boss, FBI Director James Comey, concluded that investigation by acting like a prosecutor in deciding the Justice Department should decline to indict Clinton.

In its recent report on the Clinton email investigation, the inspector general for the Department Justice explained how odd the FBI's staffing of the Russian investigation was.

"We were surprised to learn that FBI leadership decided to assign many of the key members of the Midyear team, immediately after determining that no charges should be brought against then candidate Clinton, to the Russia investigation, which touched upon the campaign of then candidate Trump," said the IG.

"While we recognize that staffing decisions are for management to make, we question the judgment of assigning agents who had just determined that one candidate running in an election should not be prosecuted to an investigation that relates to the campaign of the other candidate in the election," said the IG.

"The appearance problems created by such a staffing decision were exacerbated here due to the text messages expressing political opinions that we discuss later in this report," said the IG. "Surely, the FBI's Counterintelligence Division had talented agents who were not involved in the Midyear investigation who could have fully staffed the Russia investigation."

The text messages the IG refers to include messages between the FBI's Peter Strzok and Lisa Page -- who, the IG said, had "an extramarital affair." Strzok, according to the IG, was "selected to lead the Midyear investigative team" and then later "was helping to lead the Russia investigation." Page was special counsel to FBI Deputy Director Andrew McCabe, whose "spouse, Dr. Jill McCabe, ran for a Virginia State Senate seat" in 2015 -- as a Democrat.

Some Strzok-Page text messages, the IG reported, included "statements of hostility toward candidate Trump and statements of support for candidate Clinton."

In one, Strzok told Page they would "stop" the election of Trump.

"We were deeply troubled by text messages exchanged between Strzok and Page that potentially indicated or created the appearance that investigative decisions were impacted by bias or improper considerations," said the IG.

"Most of the text messages raising such questions pertained to the Russia investigation, which was not a part of this review," the IG said. "Nonetheless, when one senior FBI official, Strzok, who was helping to lead the Russia investigation at the time, conveys in a text message to another senior FBI official, Page, 'No. No he won't. We'll stop it' in response to her question '(Trump's) not ever going to become president, right? Right?!', it is not only indicative of a biased state of mind but, even more seriously, implies a willingness to take official action to impact the presidential candidate's electoral prospects."

Strzok may have wanted to "stop" Trump's election, but he did not.

On Jan. 6, 2017 -- two weeks before Trump's inauguration -- then-Director of National Intelligence James Clapper released a report on Russian involvement in the election. Its "analytic assessment" was "drafted and coordinated among" then-Director Comey's FBI, then-Director John Brennan's CIA and the NSA.

"We assess that Russian President Vladimir Putin ordered an influence campaign in 2016 aimed at the U.S. presidential election," said the report.

Its covert element involved hacking U.S. computers (including at the Democratic National Committee) to steal information.

The Russians favored Trump over Clinton.

"Russia's goals were to undermine public faith in the U.S. democratic process, denigrate Secretary Clinton, and harm her electability and potential presidency," the report said. "We further assess that Putin and the Russian government developed a clear preference for President-elect Trump."

But did the Russians tamper with the actual vote count? No.

"Russian intelligence obtained and maintained access to elements of multiple U.S. state or local electoral boards," said the report. "DHS assesses that the types of systems Russian actors targeted or compromised were not involved in vote tallying."

The Russia investigation is now two years old -- and under the control of Special Counsel Robert Mueller. No charges have been brought against any Trump campaign official for coordinating with Russia.

Senators Marco Rubio of Florida and Chris Van Hollen of Maryland have proposed legislation to impose sanctions on foreign regimes that try to illegally influence U.S. elections. That is a good idea.

But Congress must also thoroughly investigate how the Comey-McCabe-Strzok-Page FBI handled the Russia investigation.