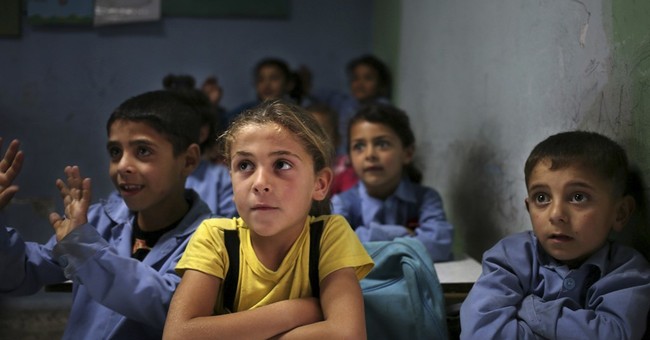 "This is an early Christmas present."

That is what a very merry Barack Obama said earlier this month when he signed into law a bill sent to him by the Republican Congress.

The Republicans in Congress entitled it "The Every Student Succeeds Act." They wrote it to replace the "No Child Left Behind Act" -- which was sponsored 14 years ago by then-Rep. John Boehner, a future Republican House speaker, and signed by George W. Bush, the last Republican president.

The Every Student Succeeds Act now serves the same function as its predecessor: perpetuating federal involvement in primary and secondary education.

Like No Child Left Behind, it also demonstrates that big government is a bipartisan endeavor in Washington, D.C.

At the same time, achievement scores in reading and math flatlined.

In 2002, only 31 percent of American public school eighth graders scored "at or above proficient" in reading, according to the Department of Education. In 2015, only 33 percent did.

America's public schools are not failing for lack of money.

But federal involvement in the public schools is also increasing the moral hazard Americans face when they send their children there.

Pursuing this principle, the Department of Education and the Department of Justice told the U.S. Court of Appeals for the Fourth Circuit in a brief filed this fall that: "[T]he Department of Education -- the agency with primary enforcement authority over Title IX -- has concluded that, although recipients may provide separate restrooms for boys and girls, when a school does so, it must treat transgender students consistent with their gender identity. Doing so is the only way to ensure that the school's provision of sex-segregated restrooms complies with Title IX mandated not to subject any student to discrimination on the basis of sex."

"The funding would be made available to states to help coordinate existing government preschool programs, such as those operated by the states and Head Start, and to establish new preschool programs," says Burke. "Although some funding has been appropriated for the preschool program for the past two years, the new Every Student Succeeds Act would codify the new $250-million federal preschool program, creating mission creep in the Elementary and Secondary Education Act."

America does not need the federal government involved in preschools; it needs parents in total control of where their children go to school.

The federal Department of Education should be abolished. At the local level, local governments should take the same amount of money they now spend per pupil in their public schools and give it in the form of a voucher to every parent with a school-age child.

Parents should be permitted to redeem those vouchers at any school they like, period.