Mark of the True Conservative

Terry Jeffrey  |  Mar 25, 2009
The opinions expressed by columnists are their own and do not necessarily represent the views of Townhall.com.
Top Columns
Trending on Townhall Media 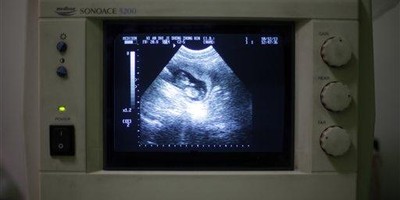 If you want to learn to recognize the mark of a true conservative, read Mark Levin's new book, "Liberty and Tyranny: A Conservative Manifesto."

Levin is the real thing -- a longtime intellectual and activist leader of the conservative movement -- who writes with unmatched authority and clarity about the conservative vision and how it ought to be pursued today by you and your children and anybody else you know who wants to preserve American liberty.

Levin is now best known as the highly and deservedly popular host of a nationally syndicated radio show. But long before he rose to prominence in broadcasting, Levin was an activist who supported Ronald Reagan for president, then served in the Reagan administration, eventually becoming chief of staff to Attorney General Ed Meese.

Since leaving public office, Levin has led the Landmark Legal Foundation and written two bestsellers: "Men in Black: How the Supreme Court Is Destroying America" and "Rescuing Sprite: A Dog Lover's Story of Joy and Anguish."

The latter is the story of how Levin and his family rescued an ailing dog from a shelter, and the deep attachment they formed with the dog during the brief life remaining to it. The former is simply the clearest explanation extant of how the Supreme Court has gone about unconstitutionally rewriting the Constitution itself.

As different as their subject matters are, both these books demonstrated Levin's ability to tell a powerful story in simple, straightforward, compelling language. Like his old boss, Levin is a great communicator.

That skill is manifest again in "Liberty and Tyranny."

Like our Founding Fathers and like other first-rate conservative thinkers, Levin recognizes that America's rise to greatness was not rooted in ideology but in a worldview defined by basic -- and true -- assumptions about the nature of the world and the nature of man.

Fundamentally, Levin explains, conservatives recognize that there is an immutable natural law ordained by God that all men and nations must obey. He also makes clear that while human beings have a God-given right to individual liberty, they are also imperfect by nature and, thus, if given too much power, are likely to abuse the God-given rights of others.

"Some resist the idea of a Natural Law's relationship to Divine Providence, for fear it leads to intolerance or even theocracy," writes Levin. "They have it backwards. If man is 'endowed by (the) Creator with certain inalienable rights,' he is endowed with these rights no matter his religion or whether he has allegiance to any religion. It is Natural Law, divined by God and discoverable by reason, that prescribes the inalienability of the most fundamental and eternal human rights -- rights that are not conferred on man by man. It is the Divine nature of Natural Law that makes permanent man's right to 'Life, Liberty, and the pursuit of Happiness.'"

Levin deftly isolates why modern liberal class warriors -- those of President Obama's ilk -- must reject this understanding of the world.

As on his radio show, so in this book, Levin is unapologetic in his indictment of Franklin Delano Roosevelt and successive generations of FDR acolytes -- including LBJ and BHO -- for perpetrating a "counterrevolution" against the limited government prescribed by our Constitution and for creating and expanding a welfare state that breeds dependency in the people and that -- if not soon dismantled -- will bankrupt our nation.

"The significance of the New Deal is not in any one program, but in its sweeping break from our founding principles and constitutional limitations," he says. "Roosevelt himself broke with the two-presidential-term tradition started by George Washington by running for four terms. His legacy includes a federal government that has become a massive, unaccountable conglomerate: It is the nation's largest creditor, debtor, lender, employer, consumer, contractor, grantor, property owner, tenant, insurer, health-care provider and pension guarantor."

This is the truth about what liberals have done over the last 80 years of American history. American freedom cannot survive another 80 years of expanding government and diminishing individual autonomy.

If you want to rediscover true conservatism, read Mark Levin's "Liberty and Tyranny." If you want to help preserve liberty, buy copies for your kids.