Homeschooling Parents Set Their Own Course Despite Slow-Moving Government

Teresa Mull
|
Posted: Aug 12, 2016 12:01 AM
Share   Tweet
The opinions expressed by columnists are their own and do not necessarily represent the views of Townhall.com. 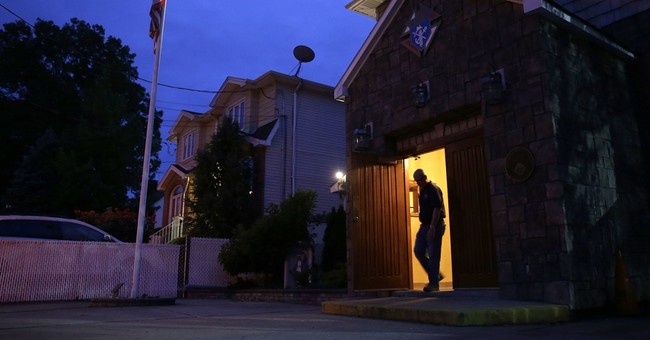 When it comes to educating their children, parents across the country are embracing the old adage, “If you want something done right, do it yourself.”

In a recent article for Reason.com, J.D. Tuccille wrote, “Many American families have opted out of institutional education of any sort, taking on the responsibility of teaching their own children.”

Homeschooling, it would appear, is being embraced by a broader spectrum of people than ever before. Tuccille reports, “From 1.1 million kids in 2003, the ranks of the homeschooled increased to 1.8 million in 2012—and an estimated 2.3 million this year, catching up quickly with the charter population.”

Miranda Wuff Altschuler—writing recently on the Adequate Man blog, which is described as “A Normal Parent’s Guide to Homeschooling”—says while “Christian conservatives isolating their ten children from the secular education found in public schools [do exist,] they do not dominate the homeschooling community the way they once did.”

The National Home Education Research Institute (NHERI) reports, “Most parents and youth decide to homeschool for more than one reason,” which includes, according to NHERI, “being able to customize or individualize the curriculum and learning environment for each child, the ability to accomplish more academically than in [traditional] schools, and the ability to enhance family relationships between children and parents and among siblings.”

Parents also reported deciding to homeschool their children so they can provide them a safer and more-wholesome learning environment. They also chose homeschooling to “impart a particular set of values, beliefs, and worldview to children and youth.”

Tuccille says homeschooling for him is “an exit strategy for when ‘somebody else’s agenda’ is incompatible with your own.”

Altschuler says her decision to homeschool was borne out of a personal change when she realized “mainstream dogma came to no longer serve me.”

In Illinois, one family who started homeschooling for medical reasons says it will avoid going back to the public schools because the state’s finances are so chaotic. “It’s not fair to the kids,” Jaime Polhemus told WQAD 8 about the state’s fiscal crisis. “We’re trying to raise them to be, you know, the best citizens, model citizens we can, and if the money’s not there, the money falls short of what they can do.”

Polhemus said her boys are excelling with homeschooling. “It allowed us to see what they excel at or what they need more help on, and we could individualize and focus on those areas,” said Polhemus.

Whatever their particular reasons, a diverse set of homeschooling parents across the nation all have one thing in common: They’re dissatisfied with the status quo, and they’re innovating where the system is failing them.

And what homeschooling parents are doing is working. NHERI reports, “The home-educated typically score 15 to 30 percentile points above public-school students on standardized academic achievement tests.”

Another recent study shows homeschool students score higher than the national average on the SAT, and NBC reports“many colleges seeking to diversify their student bodies are welcoming them with open arms.”

It’s not feasible for every parent who wants to homeschool his or her child to do so, but parents of all education levels and backgrounds are having success. According to NHERI, “Homeschool students score above average on achievement tests regardless of their parents’ level of formal education or their family’s household income.”

As we prepare for a new school year, let us salute homeschool parents. Let them be an example to the rest of us, proving that we don’t have to accept a broken, government-run system. Private individuals, free from intrusive oversight and regulatory red tape, can and do innovate, advance progress, and improve society.

To Save The Country, Destroy The Public Education System
Townhall
Loudoun County, VA middle school librarian allegedly defends pro-prostitution book for reasons you won't believe
Twitchy
Durham Delivers a Smoking Gun on Hillary Paying Sussmann to Take Disinformation to the FBI
Redstate
Why the Heck Did Amber Heard's Legal Team Call Her Back to the Stand?
PJ Media