Teeka Tiwari
|
Posted: Oct 23, 2018 12:01 AM
Share   Tweet
The opinions expressed by columnists are their own and do not necessarily represent the views of Townhall.com. 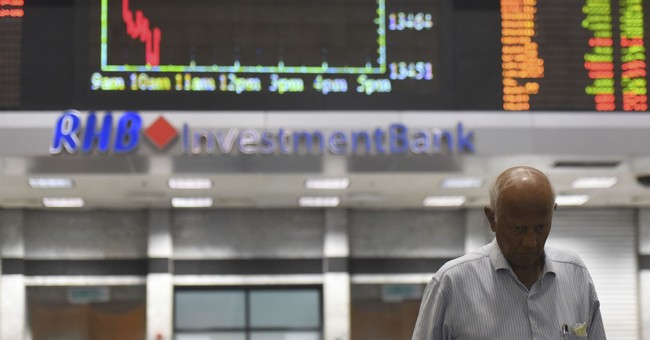 Nick: T, the markets were down big last week… Many investors fear this is the end of the bull market. So why is the market down?

Teeka: That’s a great question… After all, this bull market is very long in the tooth.

But markets can stay bullish for a very long time. So it’s not a deep enough analysis to say, “Oh, the market has to go down because it’s been bullish for so long.”

You have to look at the reason why the market is going down. Then you have to analyze that reason and ask, “Do I agree or disagree with this logic?”

Let’s tackle the first question: Why is the market down?

The main cause is people fear rising interest rates will act as a headwind to the economy.

The Street thinks that if rates rise, debt will get more expensive, corporate borrowing costs will go up, borrowing will decrease, the economy will slow down, and corporate earnings will drop… Thus, stock prices must fall.

Nick: That sounds about right.

Teeka: Normally, this is a 100% correct analysis.

Teeka: The 10-year Treasury is abnormally low. It’s yielding just 3.1% right now. For the last century, it has historically yielded 6%.

When rates start at a normal level of 6% and then go to an abnormally high level, then it’s a good bet we’re about to enter a bear market.

But when rates go from an abnormally low level, like they’re at now, back to a normalized level of 6%, guess what happens?

Remember, interest rates are rising because the economy is improving. A move to normalized rates won’t be enough to slow down the growth machine that the USA has become in recent years.

The closest comparison to today is the late 1940s to the late 1960s. During that period, rates rose from abnormally low levels to normal levels, like we’re seeing today.

We started getting in trouble when interest rates went over 6%. Equities got crushed after that point. But we’re not anywhere close to that right now.

Teeka: Wall Street’s current belief that higher interest rates will kill this bull market is an incorrect analysis. That means this is a buying opportunity.

The game plan is the same one I’ve been pounding the table on since late 2014: You want to stay away from bonds and stay invested in high-quality stocks.

As long as interest rates are below the norm, use any pullback as a buying opportunity.

I also like to see what’s bucking the market… What has held up the best during the volatility?

The question you always have to ask yourself when the market suddenly goes through a reversal is this: Is it the start of a bear market… or a buying opportunity?

Wall Street is misreading the impact of higher rates on corporate earnings—which means this is a buying opportunity.

>>The Bear Market in Cryptos is OVER! Click Here for Must-see Digital Currency Training Event<<