Tara Ross
|
Posted: Nov 01, 2017 2:40 PM
Share   Tweet
The opinions expressed by columnists are their own and do not necessarily represent the views of Townhall.com. 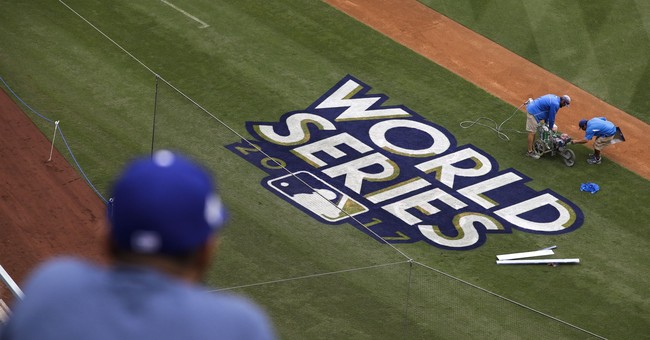 “Baseball, hot dogs, apple pie, and Chevrolet. They go together in the good ‘ole USA.”  The commercial jingle was an instant hit in the 1970s. But could baseball be even more reflective of the American spirit than anyone suspects?

Perhaps so. Believe it or not, the rules of baseball teach us something about the United States Constitution—and last week’s American League Championship Series demonstrated this point beautifully.

That series was a nail biter. The Houston Astros started out with a two-game lead, only to watch the New York Yankees come back decisively. The Yankees defeated the Astros 8 to 1 in Game 3. Ultimately, all seven games had to be played before an American League Champion could be identified. The Astros won four games and earned the title, even though they’d scored only 20 runs over the course of the seven-game series. The Yankees scored 22.

Shouldn’t the Yankees be in the World Series?  They scored the most runs. Isn’t such an outcome fundamentally unfair?

Such questions are ridiculous, as any baseball fan knows. A team doesn’t earn its spot in the World Series by racking up a bunch of runs in one or two games. Instead, it earns a spot in the World Series by winning the most games during a playoff series. Obviously, rules could be established to change this situation, but such rules would not accomplish the objective of baseball: to identify the best overall team during any given baseball season.

Imagine what would happen if a team could earn a berth in the World Series by scoring the most runs throughout the course of a single baseball season.

Such a revision might allow a team to succeed by having a few great games and several very poor games. Perhaps teams would rely too heavily on players who hit well against a particular type of pitcher. Excellent performances throughout the season would not be required to earn the championship. A few, stellar performances could suffice.

Isn’t all of this just like the Electoral College?

Much has been made of the fact that Hillary Clinton defeated Donald Trump by almost 3 million votes in the national tally last year. Shouldn’t she rightfully be president? Who cares that more than 20 percent of Clinton’s 65.8 million votes came from only two states, California and New York? Democracy demands that we respect the outcome of the national popular vote.

That would be a bit like sending the Yankees to the World Series, simply because they defeated the Astros so decisively in Game 3 last week. No one seriously contends that a single great performance in one baseball game is enough for the Yankees. Similarly, no one should demand that a few stellar performances in California and New York are enough for Clinton.

The country has admittedly been a bit divided lately, and perhaps it seems that no one is doing a great job of building cross-regional support and coalitions. It’s like a playoff series in which every game is a nail-biter with a bare winner.

We’ve been here before. As a matter of history, the incentives inherent in the Electoral College have helped us out of this tight spot, encouraging political parties to expand their appeal and listen to more voters. This wonderfully American institution can be counted on to help us again.

Tara Ross is the author of The Indispensable Electoral College: How the Founders' Plan Saves Our Country from Mob Rule (Regnery Gateway).