Tahar Boumedra
|
Posted: Jan 19, 2021 10:06 AM
Share   Tweet
The opinions expressed by columnists are their own and do not necessarily represent the views of Townhall.com. 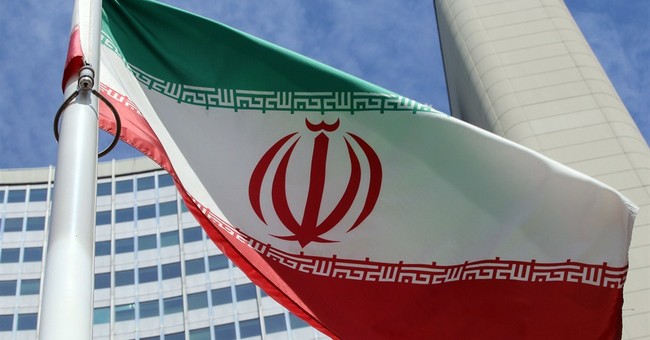 Western media have, for a long time, focused on the Iranian regime's nuclear weapons capabilities and its unbridled terrorism. That is beyond reproach because both of these threaten global peace and security. But considerably less attention has been paid to the manner in which this reviled regime has managed to survive domestically. Failure to achieve this understanding will adversely impact policy responses to Tehran's misconduct, including its nuclear program.

In 1988, the regime committed its "biggest crime," according to the former designated heir to the supreme leader. A staggering 30,000 political prisoners were massacred in the span of a few short months. The victims were not criminals. They were killed en masse simply because they had political views that opposed the country's rulers.

Terrorizing the citizens who oppose the theocratic regime was a state policy used since the 1980s to ensure the survival of Khamanei’s Islamic Republic. A policy carefully planned to simply physically annihilate the first line of its most ardent opponents as a “final solution.”

The intriguing muted international response and inaction in the face of this crime has been utterly and completely unjustifiable. The 19th century philosopher John Stuart Mill once said: "A person may cause evil to others not only by his actions but by his inaction, and in either case he is justly accountable to them for the injury." Indeed, the United Nations has had a moral and legal obligation to act. But, it did not.

There are two important developments that should hopefully trigger UN action in 2021.

First, late last year, several top human rights experts of the UN itself highlighted that "the failure of these [UN] bodies to act [with respect to the 1988 massacre] had a devastating impact on the survivors and families as well as on the general situation of human rights in Iran and emboldened Iran to continue to conceal the fate of the victims and to maintain a strategy of deflection and denial that continue to date."

The report by the UN experts marks a turning point in the three-decades long struggle for justice in Iran. As Amnesty International said: "Top UN human rights experts have now sent an unequivocal, and long overdue, message: the ongoing crimes of mass enforced disappearances resulting from the secret extrajudicial executions of 1988 can no longer go unaddressed and unpunished."

In fact, the UN human rights experts urged an investigation into this "crime against humanity." The UN, its various institutions, and its member states can no longer turn a blind eye.

After Noury's arrest, former political prisoners and supporters of the main opposition Mujahedin-e Khalq - whose members were the primary victims of the 1988 massacre - queued up to testify against Noury to judicial authorities. From January to December of last year, many of these former prisoners who had personally witnessed Noury's crimes, including torture and execution, provided their first-hand accounts to Swedish authorities.

The witnesses provided exact dates, locations, times, and other details. Harrowing accounts depicted how Noury tortured prisoners at the Evin Prison's medical clinic in March 1985; how on August 3, 9, 12, and 13, 1988, Noury ominously called out the names of prisoners in groups and took them to be executed in Gohardasht Prison; how on July 30 at 12:20, he blindfolded prisoners and took them to the prison yard and then to a shed to be executed; how he lashed prisoners with electric cables; how he executed prisoners whose names were not even on the list because the regime was in such a hurry to destroy its opposition.

Indeed, Swedish authorities seem to have enough evidence to convict Noury. The UN has, for a long time, had similar evidence. And for the past 33 years, survivors and families of the victims have produced reams of documentation, providing detailed and credible accounts, locations of mass graves, and the regime's continued attempts to hide its crimes. There is no excuse for inaction.

The 1988 massacre dossier should be referred to the UN Security Council and international trials must begin. The European Union and the US should take the lead in this process.

Much like the Nuremberg trials, the Noury trial is a historical reminder to criminals and mass murderers that their time in court will come.

And, it is a stark political cue that the regime has been able to survive only through sheer barbarity. But, now, cracks are beginning to emerge. And this realization should undergird a courageous and firm international response to all the threat dimensions posed by Tehran's tyrants.