A Truthful Tale Told Without Politics

Suzanne Fields
|
Posted: Jan 04, 2019 12:01 AM
Share   Tweet
The opinions expressed by columnists are their own and do not necessarily represent the views of Townhall.com. 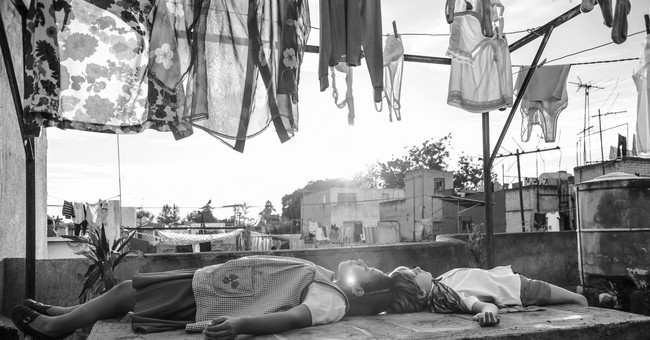 Weary of being hit over the head with political righteousness, self-centered virtue and glib judgments delivered left and right with arrogance and self-satisfaction? Tired of hearing about "us" versus "them," the nobles against the deplorables? Sick of being encouraged to sneer at "the other," whether Democrat or Republican, liberal or conservative, capitalist or socialist, anyone who disagrees with you on just about anything and is eager to tell you about it?

Well, if you're craving a little complexity in the discussion, even a little civility, you might shut off social media and go to the movies.

Cultural attitudes have generally suffered from the same divisions that affect political ones, but every so often an artist captures our humanity on screen -- with all of its inconsistencies, virtues and sins, fortitudes and frailties -- and refuses to deal in ideological stereotypes because each of us is more than a personification of an attitude, more than an idea abused by politics.

A black-and-white movie with infinite shades of gray creates one of those rare moments that moves a viewer to reflect on men and women in full, rooted in their daily lives and not consumed by identity politics.

I'm talking about "Roma," which caught critics by surprise, and more power for it. It's the work of a Mexican about Mexicans in Mexico, people we rarely hear about unless they've joined a caravan to swarm across a porous border, or maybe snuck into the country and, once here, were hired to cut the grass, chop vegetables or take care of our kids. Sometimes, to be sure, we hear about them when they get caught robbing, raping and killing. But sometimes these cases are generalized for rhetorical impact, and we lose sight of the individual in stereotypes. They become invisible -- hard-working men and women dismissed as ethnics, who suffer the common experiences of life with all of its hardships and paradoxes.

Generalization makes argument easy, but it doesn't illuminate character, show the paradox of human fortitude and failure in intimate situations with the insight and empathy they deserve. This time, we get the right stuff in a movie. "Roma" touches us in the human condition, as individuals outside a tribal identity. There's politics in the movie, and you can bring conservative and liberal judgments to it, if you want. Both Rolling Stone and National Review magazines praised it, and a critic in the New Yorker pans it for reducing politics to the personal, adopting the perspective of art-house elites who typically exalt a working class hero to burnish their own consciences without looking for real understanding. But its quiet glory, its pity and fear, its empathetic experience rises from the ordinary that lacks ideology. It demonstrates, as National Review put it, "that what matters most is what happens in your family, not this week's march in the streets."

Cleo is an indigenous Mixtec woman who works hard for a living and is poor compared with her employers. But she's rich in emotional sensitivity, caring for the four children of a bourgeois couple. Through each scene of an "Upstairs Downstairs"-like telling of the tale, she becomes a person we get to know inside her work and outside in her play. She's no political pawn.

The mother who employs her is demanding in ways that are sometimes mean, but when called to a big life issue, such as Cleo's pregnancy with a man who abandons her, she shows herself to be a stand-up woman. When you first see Cleo carrying laundry through the big house, she reflects a dignity without cliche. When she's with the children, she expresses a gentle kindness as though they are hers. Ultimately, she is brave as well, rescuing two of them from a rough sea on the beach. She is raised to a heroic figure who does what's dangerous because it's the right thing to do. This is what audiences are responding to.

"Roma" refuses to incite but plants seeds for reflection on how one family handles the cards life deals. A natural feminism unites the mother and the housekeeper when they're both treated badly by toxic men in their lives. The ghost of colonialism haunts the movie but doesn't overtake it. Courage and villainy in everyday experiences are the focus. Alfonso Cuaron, the director who won an Oscar for his 2013 movie "Gravity," has moved from the macrocosm of astronauts stranded in space to the microcosm of the Mexico City neighborhood where he grew up. He recalls his childhood with both a loving mother and devoted housekeeper. It's refreshing and affecting. This movie is good for what ails you.

Now we can return to Page One and the familiar rants and rages that make a mere movie the respite you need.